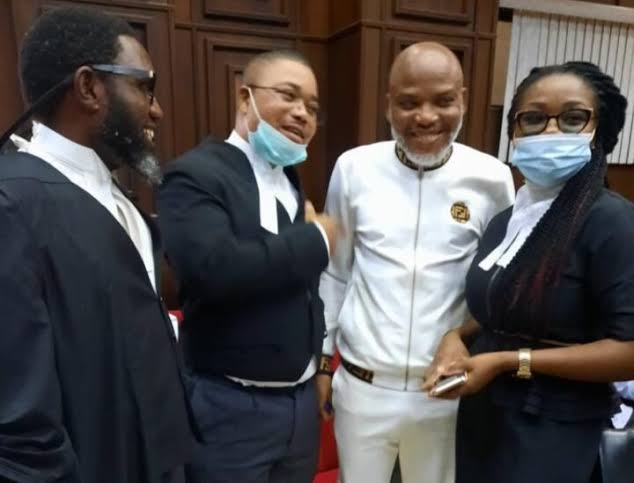 Justice Binta Nyako of the Federal High Court in Abuja has denied the bail application by the leader of the Indigenous People’s of Biafra, Nnamdi Kanu.

The Judge held that Mr Kanu must account for his whereabouts over the years when he was first granted bail but refused to attend his trial.

The court disagreed with the defendant that he escaped out of the country when Nigerian armed soldiers allegedly invaded his ancestral home in Abia State.

Earlier, on Wednesday morning, the Federal Government had filed a six-count amended charge against Kanu.