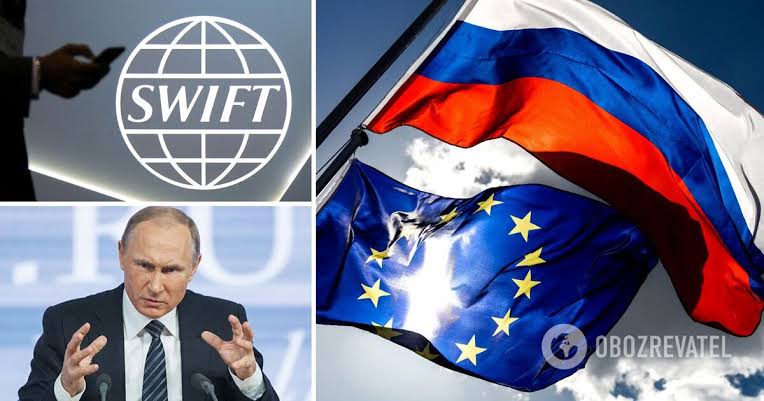 The European Union, (EU) has announced the removal of selected Russian banks from Swift- The main global network for international bank transfers.

The  President of EU, Ursula von der Leyen announced this on Saturday in Brussels.

“As Russian forces unleash their assault on Kyiv and other Ukrainian cities. We are resolved on imposing massive cost on Russia.

“Cost that will further Isolate Russia from international financial system and our economies,” EU President said.

According to EU president, the EU and her partners are working to crippled Putin’s ability to ‘finance his war machine.’

U.S. President Joe Biden initially held back on this crucial step that would isolate Russia on the world stage and have a serious impact on its economy, due to the concerns of European allies. But those concerns appeared to be eroding Saturday as Russian forces moved to encircle the Ukrainian capital of Kyiv.

Ukraine has lobbied for a SWIFT ban on Russia, urging Europe to act more forcefully in imposing sanctions against Moscow. However, some European nations, including Germany, are hesitant to take that step.

However, a spokesperson for the German government said on Saturday, in a third sanctions package aimed at halting Russia’s invasion of Ukraine that his country and his western allies have joined in Swift sanction against Moscow.

The sanctions, agreed with the United States, France, Canada, Italy, Great Britain and the European Commission also include limiting the ability of Russia’s central bank to support the rouble.

The will also end the “golden passports” for wealthy Russians and their families and will target individuals and institutions in Russia and elsewhere that supports the war against Ukraine, the spokesperson said.

“The countries stressed their willingness to take further measures should Russia not end its attack on Ukraine and thus on the European peace order,” he added.