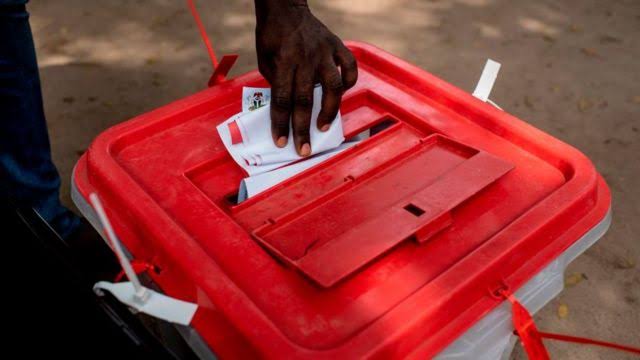 The Peoples Democratic Party, PDP, has so far won three area councils in the Saturday’s Chairmanship election in the six area councils of the federal capital territory (FCT).

According to the Independent Electoral Commission, INEC, 14 political parties and 472 candidates participated in the poll.

The election was conducted in over 60 wards spread across Abaji, Abuja Municipal Council(AMAC), Bwari, Gwagwalada, Kuje and Kwali area councils of the FCT.

The candidate of the Peoples Democratic Party (PDP), Christopher Zaka, emerged as the winner of the chairmanship election for AMAC, after getting 19,302 votes.

He was declared the winner of the chairmanship post for the council election after beating the candidate of All Progressives Congress (APC), Murtala Usman –  who polled 13,240 votes –  and 12 other candidates.

Shekwogaza Gabaya, candidate of the PDP, defeated Audi Shekwolo of the APC in Bwari chairmanship election.

Gabaya, who has been re-elected for a second term, polled 13,045 votes to defeat his closest challenger, Shekwolo who garnered 7,697 votes.

“Shekwogaza Gabaya of PDP, having certified the requirements of the law and scored the highest number of votes, is hereby declared the winner and is returned elected,” Madu said.

The electoral umpire has declared Suleman Sabo of the PDP winner of Kuje area council chairmanship election in the FCT.

Sabo, an incumbent chairman, floored his closest rival, Sarki Hamidu of the APC in all the 10 wards of the area council.

The candidate of the All Progressives Congress, Jubrin Abubakar, has been declared as the Chairman-elect of Gwagwalada Area Council at the Saturday Council elections.

Mr Abubakar, a former chairman of the council, defeated his opponent, Mohammed Kassim of the Peoples Democratic Party (PDP).

Mr Abubakar polled 11,125 votes and was declared by the INEC Returning Officer, ID Umar as the winner of the keenly contested election.