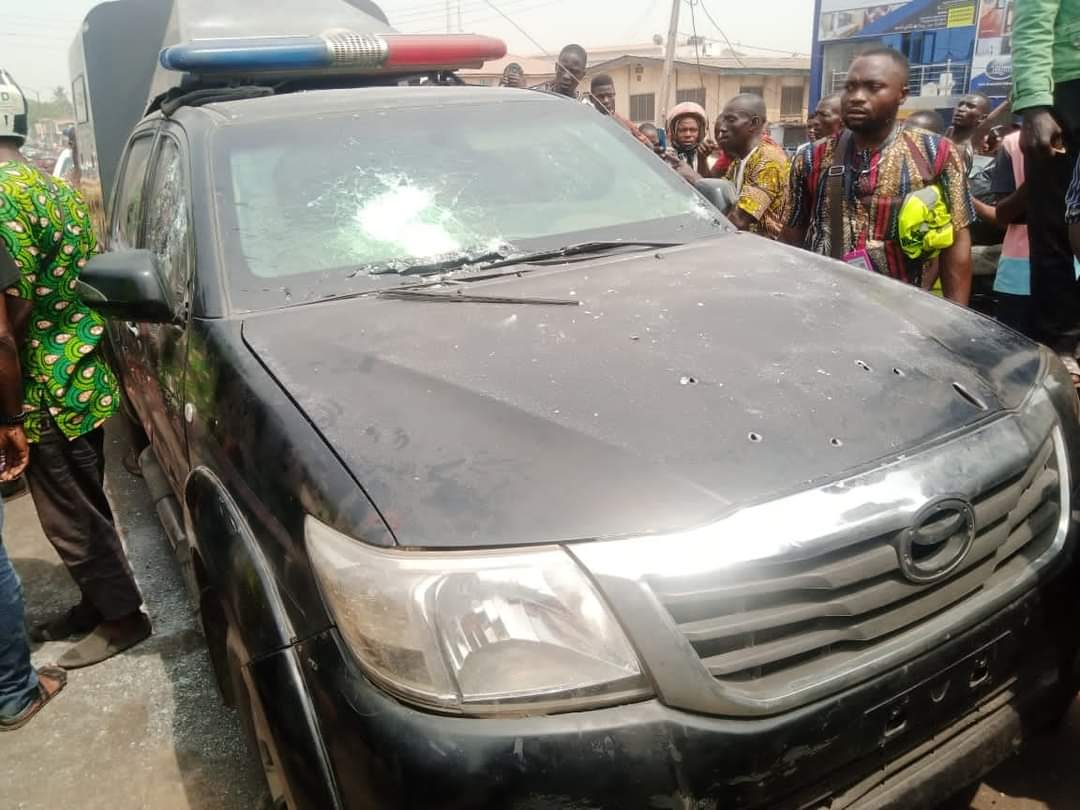 The Oyo State Commissioner of Police, Ngozi Onadeko has debunked the reports that two police officers were shot dead by armed robbers who attacked a bullion van at Idiape area of Ibadan on Thursday.

The commissioner while making the clarifications said one of the robbers was killed during the gun duel.

She said the two police officers who were shot have been taken to the hospital for treatment of injuries sustained during the encounter with the robbers.

The Commissioner stated that investigations has Commenced with a view to nabbing the perpetrators of the heinous crime.

Meanwhile, online videos posted by eyewitness accounts showed lifeless bodies of some individuals in police uniform on the ground at the scene of the robbery.

The attack which happened on Thursday, left people scampering for safety as the exchange of gunshots between the robbers and security agents attached to the bullion van lasted for some minutes. Commuters were forced to abandon their cars in the middle of the road as security operatives struggled to repel the attack.

It is unclear how much money the robbers made away with but police authorities say measures are in place to prevent escape for the suspects as investigations begin to unravel those behind this audacious attack.