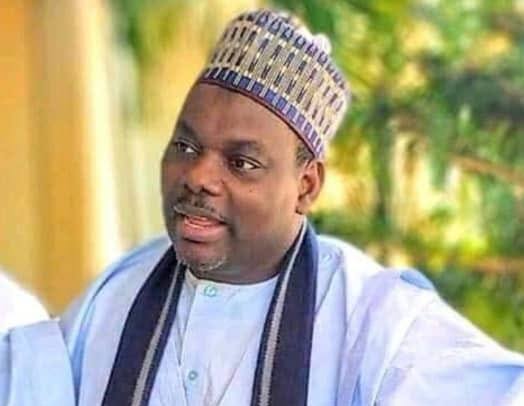 Former Comissioner of Works in Kano State, North-West Nigeria, Muazu Magaji has been arrested in Abuja by the police.

Magaji was reportedly arrested after his Trust TV interview at about 9pm, in Utako District of the nation’s capital.

Meanwhile police are yet to speak on the arrest, but witnesses told DAILY NIGERIA that Mr Magaji was chased by the police immediately after leaving the television station office.

“A few minutes ago something really unfortunate, worrisome and regrettable happened along Ngozi Okonjo Iwela way by TOS Benson Crescent junction. Engr Magaji Muazu was pushed into an accident where his Honda car was pushed off the road and made to hit a street light pole. Although he came out of the car looking unharmed, but all the airbags are out.

“Apparently it was a police operation because he was immediately arrested and forcefully taken to the Utako police station. As I write this I have been at the scene securing his car and we are now on our way to the police station. His bag and the battery of his car are with me,” said a witness.

Police in Kano had on January 17 invited Mr Magaji to answer questions regarding a petition against him.

He was represented by his lawyers to the command instead of appearing in person, and then filed a fundamental enforcement case against the police.

Mr Magaji, a former commissioner for Works and Infrastructure, was fired by Mr Ganduje in April 2020 after he appeared to be celebrating the death of President Buhari’s chief of staff, Abba Kyari.