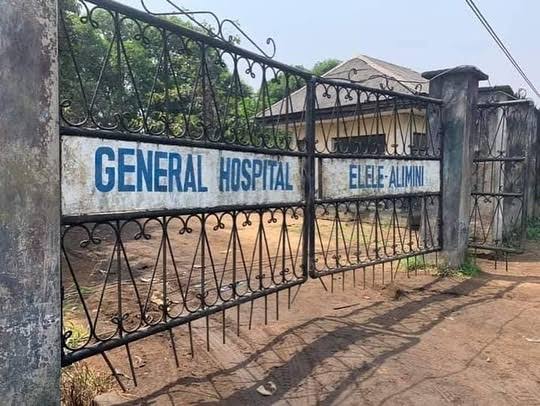 Report says that the mortuary was discovered yesterday at Elele-Alimi community, when the council chairman in company of security operatives stormed the bush in search of illegal oil camps.

The council boss, condemned the evil act, adding it would be difficult for such evil activity to go on without some highly placed individuals in the community.

The occupants of the building was arrested and the Chairman said that the matter would be investigated and all those found guilty will be taking to court for prosecution.