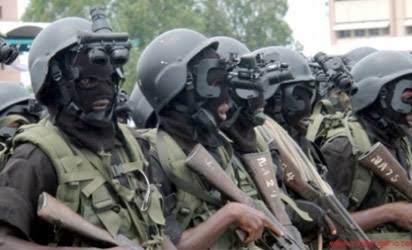 The Anambra State Police Command has said that the police commands in Anambra and Enugu states together with the Nigerian Army are working together to end the observation of sit-at-home orders in the states.

The Assistant Inspector General of Police in charge of Zone 13 Ukpo, Mr. Umar Muri, disclosed this at the Zone 13 headquarters shortly after decorating officers attached to the two commands who were recently promoted by the police authority,

He said the sit-at-home is illegal, and that the Police officers are doing their best to ensure that it is no longer in existence in the two states.

However, the police boss spoke about the two states under his control, but sources said that similar efforts were being made by other commands to ensure that an end is put to the observation of sit-at-home in the South East.

The Indigenous People of Biafra, IPOB, had in a statement said that the sit-at -home order has been canceled, and that anyone or group of persons enforcing the sit-at-home order must be treated as criminals.

Inspite of the IPOB directives, sit-at-home is still being observed in many parts of the South East as residents are afraid of attacks from hoodlums.

The group advised people to ignore anybody enforcing Monday’s sit-at- home order and go about their normal businesses, describing those enforcing the order as enemies of Ndigbo.