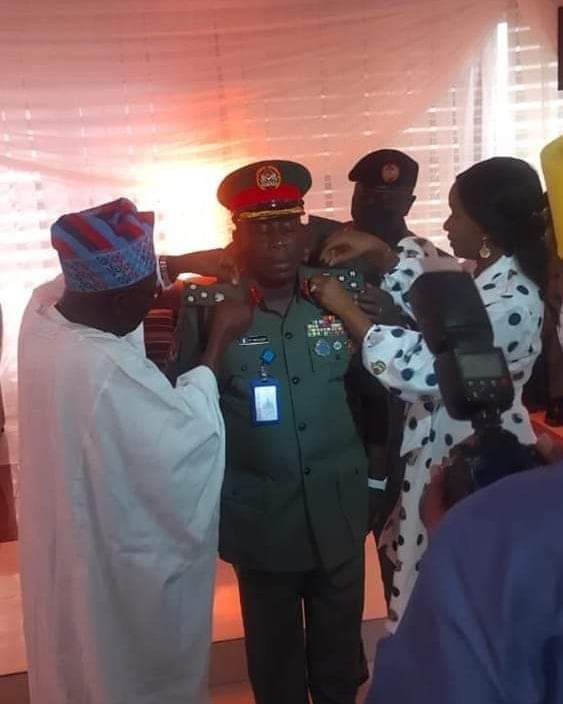 Former President Olusegun Obasanjo has decorated his son, Adeboye Obasanjo with the rank of Brigadier General.

The ceremony was monitored on Thursday by Leadership which shared a photo that captured the memorable moment on Facebook.

The Nigerian Army had in December 2021 announced the promotion of some senior officers in recognition of their service to the nation.