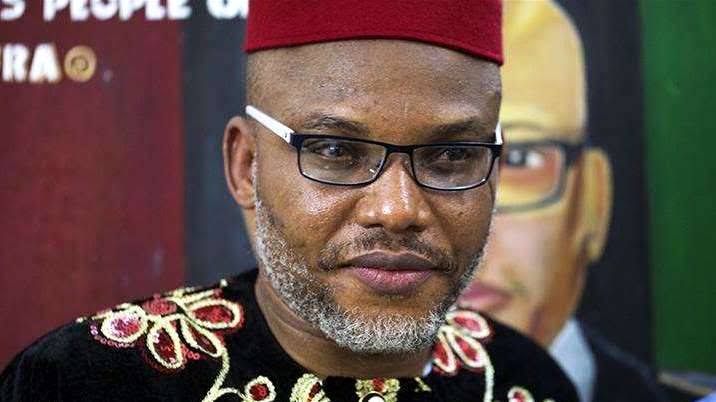 Justice Binta Nyako of the Federal High Court sitting in Abuja has adjourned the trial of detained leader of the Indigenous People of Biafra, Nnamdi Kanu to February 16.

Kanu pleaded not guilty before Justice Nyako to the 15 charges bordering on treasonable felony and terrorism, preferred against him by the Federal Government when the case resumed in Abuja on Wednesday.

Immediately the embattled IPOB leader finished taking his plea, the prosecution counsel, Labaran Magaji, told the court that he was ready to proceed with the trial, adding that he brought two witnesses to testify against the defendant.

The lead counsel to Kanu, Mike Ozekhome (SAN), told the court that he had on Tuesday evening, filed a 43-paged preliminary objection for the charge to be quashed and struck out without the matter proceeding to trial.

Labaran, however, argued that Kanu’s two applications were not ripe for hearing, stressing that he would require time to go through them so as to be able to respond.

Justice Nyako in a brief ruling noted that since Kanu’s first application is challenging the propriety of his trial, as well as the competence of the charge against him, the court ought to hear it first.

The court, subsequently, adjourned till February 16 to hear the pending application.

However, High Court in Abia State has ordered the Federal Government to pay the sum of N1 billion to the leader of the Indigenous People of Biafra, Nnamdi Kanu, and issue a letter of apology to him.

Justice Benson Anya made the order today while delivering judgement on the suit filed by Kanu against the federal government, the Army and others.

Kanu had approached the Court demanding N5 billion over the invasion of his father’s house by the military on September 10, 2017.

The federal government and the Army were also ordered to apologise to Kanu for the violation of his Fundamental Rights.

The Court also recommended political solution to the agitation for the restoration of the defunct Biafra Republic championed by IPOB.