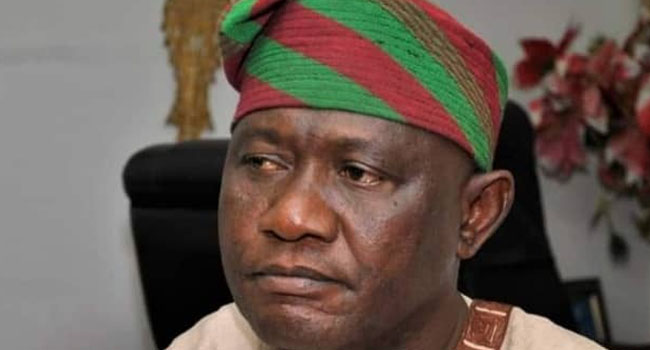 Maj. Ishaku Takwa, the Media Officer of Operation Safe Haven (OPSH) maintaining peace in Plateau and environs confirmed the incident in statement on Monday in Jos.

He said that the chief was kidnapped on Sunday night on his way to Vom.

He said that troops of the operation and other security agencies have launched a manhunt on the criminals and to rescue the monarch.

“Troops of OPSH conjunction with other security agencies are on trail of the kidnappers.

“God’s willing, the security agencies will soon close-up on the criminals,” he said.

The News Agency of Nigeria (NAN) reports that the traditional ruler was kidnapped few metres before the main gate of the National Institute For Policy and Strategic Studies (NIPSS), Kuru in Jos.

The incident is coming few weeks after the abduction of Mr Charles Mato, the Sum Pyem and Paramount Ruler of Gindiri, in Mangu Local Government Area of the state.