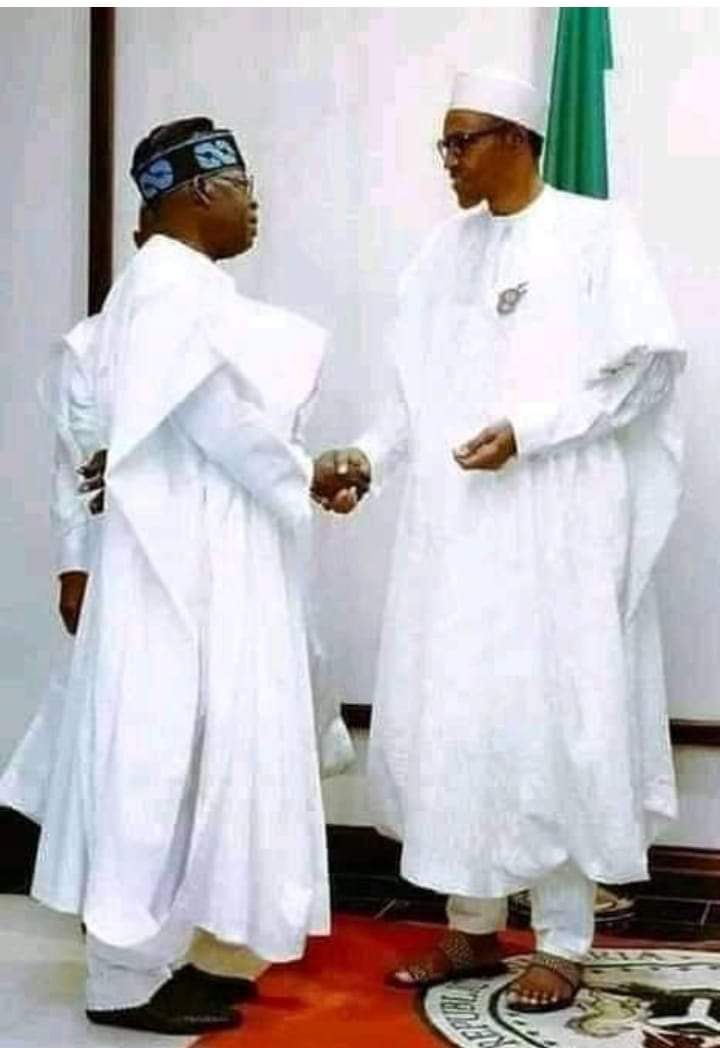 The National Leader of the All Progressives Congress (APC) Senator Bola Tinubu says he has informed President Muhammadu Buhari of his 2023 presidential ambition.

When asked why he would not remain a kingmaker rather than being the king, he said there is nothing that stops a kingmaker from becoming the king unless he has murder.

According to him, he said, “I answer that with categorical yes. I’ve informed the President of my intention but I have not informed Nigerians yet. I’m still consulting. And I have no problem consulting. And I’ve noticed that a parameter of limitation to the extent of how many people will I consult.

“You will soon hear, all you want to hear is the categorical declaration. You’ve gotten that truth from me that I have informed Mr. President of my ambition, I did not  expect more answers than that.”

Tinubu and Buhari forged an alliance that saw the latter defeat the incumbent in 2015 Goodluck Jonathan of the Peoples Democratic Party (PDP).

The meeting comes less than a week after Buhari declared in an interview aired on Channels TV that he would not disclose his preferred candidate to succeed him for fear of victimisation.