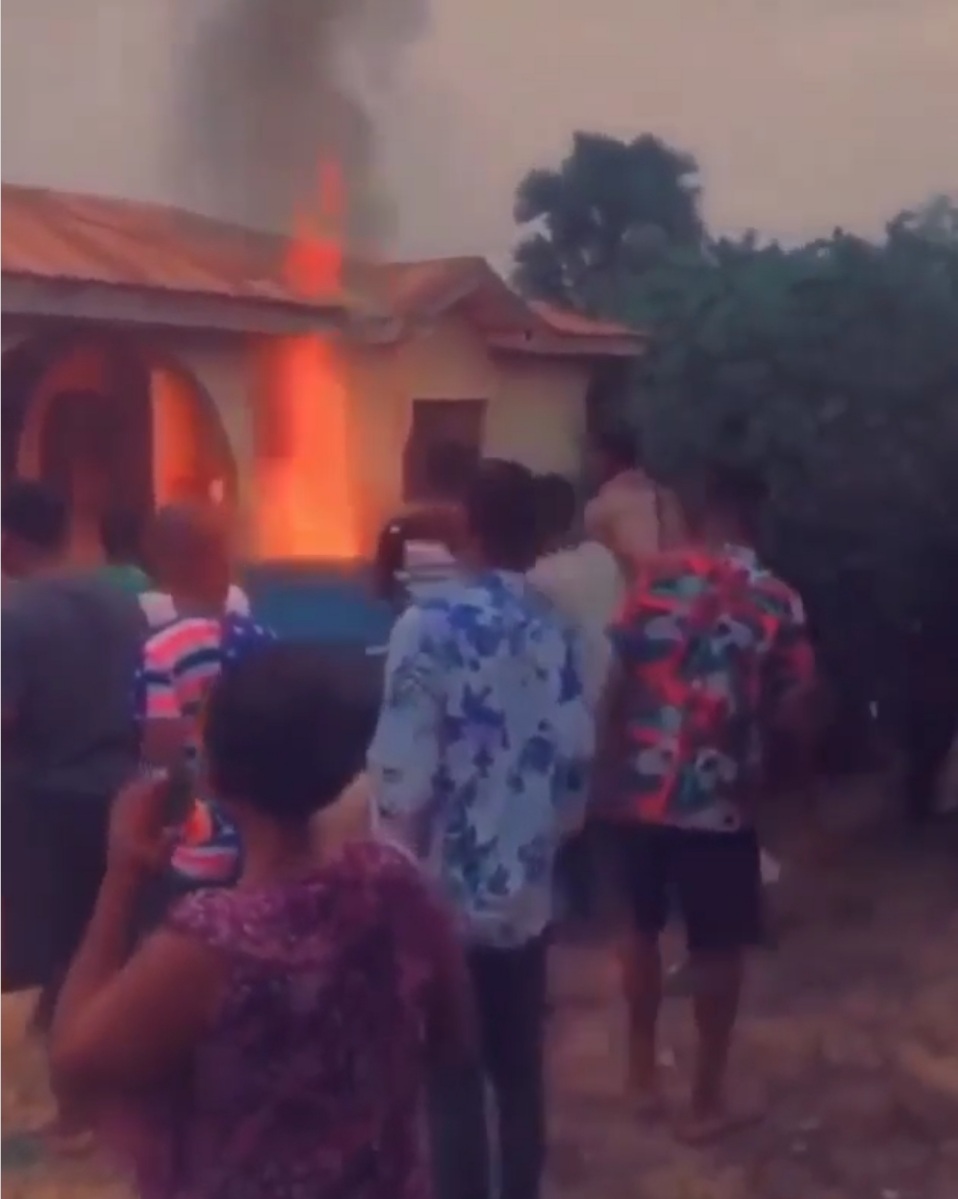 Some angry youths has set ablaze the house of a pastor over the death of a missing seven-year-old girl found dead in his residence in Adehun Area of Ado-Ekiti on Tuesday.

It was gathered that trouble started when the lifeless body of a girl simply identified as Demilade was found in the pastor’s residence in Adehun area of Ado-Ekiti, in the early hours of Tuesday.

According to sources the seven-year-old girl who was sent on errand by her parent was waylaid and murdered in cold blood by daughter of the pastor who was said to be mentally deranged.

The sources further disclosed that Demilade had gone missing around 8am on Monday while on errand to buy pap for her parent and siblings to drink.

The parents were said to have raised an alarm when she did not return home and could not be found, the situation which prompted some residents to conduct a search party for Demilade, which turned out to be unsuccessful.

It was learnt that after their effort proved abortive, the incident was reported at the nearby Police Station by the parents and family friends.

The girl, according to sources in the area, who preferred not to be named, was found lifeless at a house in the neighbourhood.

The sources said, “Yesterday morning, Demilade’s mother sent her child to buy pap around 8am and within a very short time, the girl was declared missing. She traced her to where she sent her but couldn’t find her.

“A search party was launched for the girl by her parents and some residents and she was never found before her corpse was found this morning at residence of a Redeem Christian Church of God pastor in the neighborhood.

“So, it was later on, we heard the pastor and his wife had gone to the State Police Command to report his mentally deranged daughter’s act.

“I even heard the girl had once matcheted her father’s head,” they said.

Angered by the development, some irate youths armed with petrol and cutlasses mobilised themselves to the scene and burnt down the pastor’s house.

When contacted, the Ekiti State Police Command Spokesman, Sunday Abutu, said a suspected has been arrested in connection with the alleged murder.

Abutu stated that the arrest was effected based on the information given by the parents, saying the alleged culprit is in detention at the police headquarters in Ado Ekiti.

“The dead body of the girl had been recovered and deposited at the morgue.

“The CP had directed that the matter be investigated thoroughly. We are studying and extracting information from the suspect in our custody and we shall inform the members of the public about our findings when we are through.”