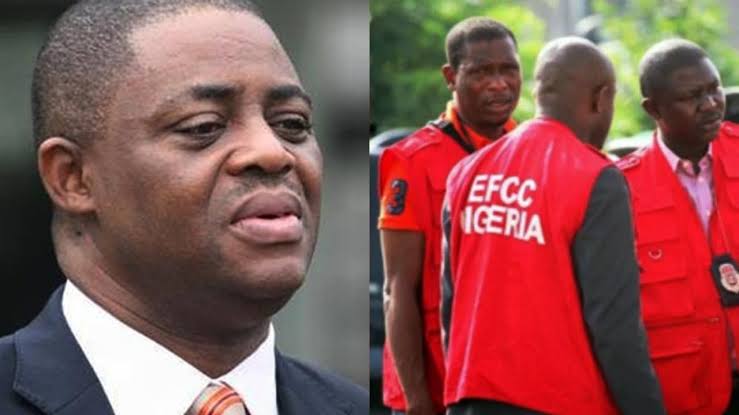 Officials of the anti-graft agency confirmed this to Channels Television on Monday in Lagos.

The former minister was invited to answer questions relating to the forgery of a medical report which he allegedly procured to evade his trial before a Federal High Court in Lagos, the sources said.

Fani-Kayode was said to have arrived at the Lagos Office of the commission in the company of his lawyer at about 1pm.

He is still answering questions from the EFCC investigators as at the time of this report.

The commission said it would give an update on the interrogation later when it concludes its investigations.

Fani-Kayode is standing trial on an alleged N4.6 billion fraud before Justice Daniel Osiagor of the Federal High Court sitting in Lagos.

The EFCC had charged him alongside a former Minister of Finance, Nenadi Usman, and two others on 17 counts of conspiracy, money laundering, and fraud.