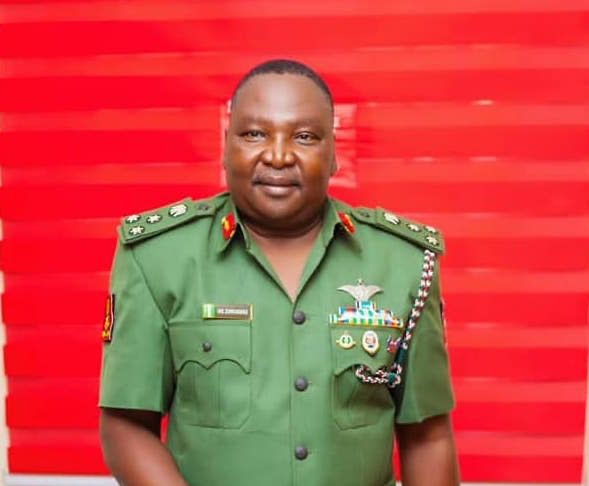 The terrorists killed Brigadier-General Dzarma Zirkushu, the commander of 28 Task Force Brigade, Chibok, alongside three other soldiers, while on their way to reinforce troops at Bungulwa village, near Askira Uba.

This was disclosed in a statement by the Nigerian Army spokesman, Onyeama Nwachukwu on Saturday.

“In the fierce encounter which is still raging as at the time of filling this report, troops supported by the Air Component of OPHK have deployed five A – Jet, two A-29, two Dragon combat with which they destroyed nine Gun Trucks and One APC.

“Sadly, a gallant senior officer Brigadier General Dzarma Zirkusu and three soldiers paid the supreme sacrifice in a very rare diplay of gallantry as they provided reinforcement in a counter offensive against the terrorists, and successfully defended the location.

“The family of the senior officer and soldiers have been contacted.

“The Chief of Army Staff Lt Gen Faruk Yahaya deeply commiserates with the families and relations of the fallen heroes. He has also directed that the troops continue in the ferrocious counter offensive and hot pursuit to eliminate the remnant of the fleeing terrorists.” the statement read.

Askira is about 150 kilometres south of Borno state capital Maiduguri and lies along the fringes of Sambisa Forest, the operational base of both Boko Haram and ISWAP.