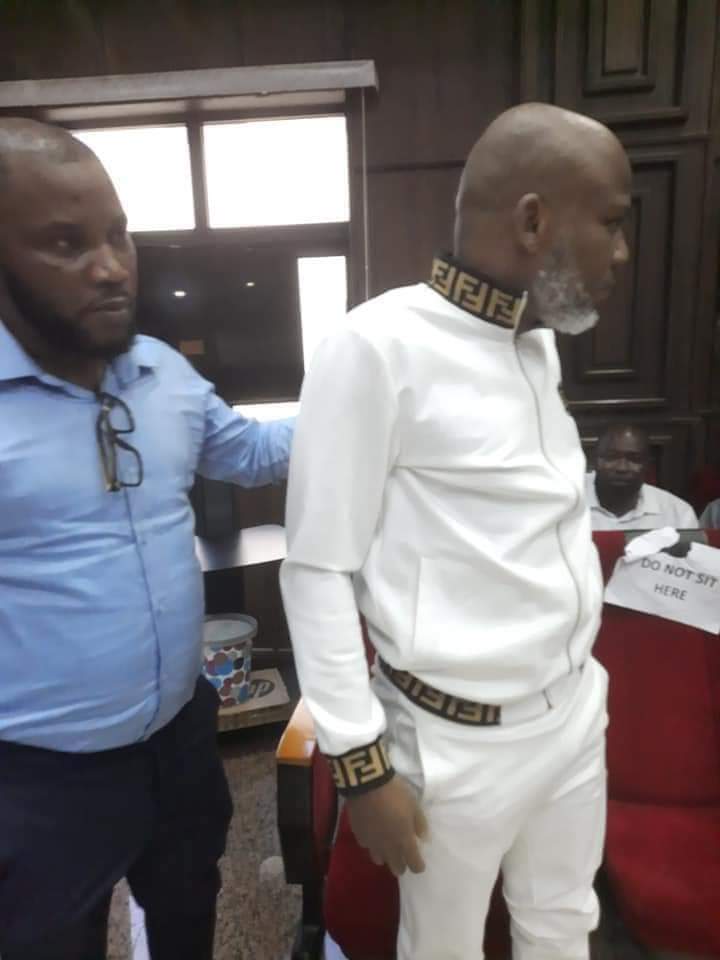 Federal High Court sitting in Abuja has adjourned the trial of detained leader of the Indigenous People of Biafra (IPOB) Nnamdi Kanu to January 19, 2022.

Justice Binta Nyako adjourned the trial after Kanu’s team of lawyers, staged a walk-out over the refusal of operatives of the Department of State Services (DSS) to allow some of them access into the courtroom.

Security operatives on Wednesday prevented Maxwell Opara, one of the lawyers of Kanu, from entering the Court.

Others barred from the courtroom include journalists, Igbo traditional leaders, as well as observers and activists.

Meanwhile other lawyers of Kanu including Ifeanyi Ejiofor and Aloy Ejimakor were allowed inside the courtroom.

Kanu was brought into the courtroom around 9:52 am, shortly after his case was called up, decried the refusal of security agents to allow some members of his legal team, especially his lawyer from the United States of America, Bruce Fein, to enter the courtroom.

He told the court that Mr. Fein, who he said was handling a case for him in the US, was around to witness his trial.

Kanu declined when asked by the judge, if he was ready to conduct the proceedings himself, in the absence of his lawyers.

Justice Nyako expressed his displeasure over the conduct of Kanu’s lawyers, and adjourned the case till January 19 and 20, 2022, for trial.

Kanu is facing terrorism-related charges and has since been detained in the custody of the Department of State Services since his re-arrest from a foreign country in June 2021.

The IPOB leader had since pleaded not guilty to seven charges at his last appearance in court on October 21.