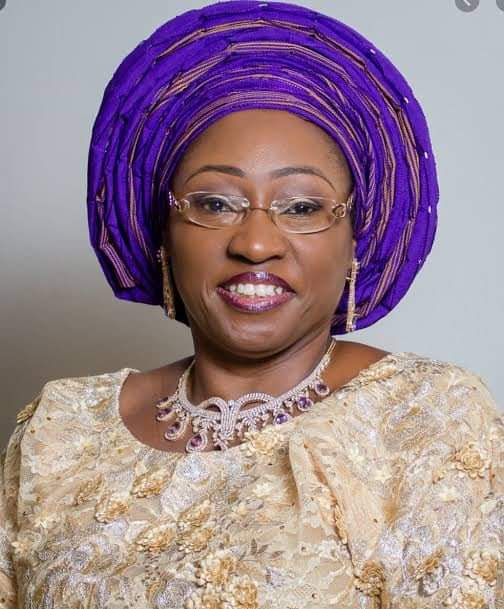 All is now set for the National Association of Nigerian Theatre Arts Practitioners, NANTAP to confer the first lady of Ekiti State, a writer and human right activist, Erelu Bisi Fayemi with the honorary award of fellow of the association at its 2021 Elective Convention.

At the Convention which commences Thursday, September 16 to Saturday, September 18, 2021, veteran Nollywood actor, Patience Ozokwor and 28 other members of NANTAP will also be inducted as fellows at the award night.

A release from the association of Monday says the fellowship, officially known as ‘Fellow of Theatre Arts (FTA), is the association’s highest meritorious award, conferred on her members in recognition of their contributions to the practice of theatre over the years.

The statement says with this conferment, they assume the ‘Distinguished Thespian’ status and use the ‘fta’ prefix in front of their names.

The thirty fellow-designate are expected to file out to be decorated by the NANTAP President, Distinguished Thespian Israel Eboh, in company of the Chairman of the Board of Fellows (BoF), Professor Duro Oni of the University of Lagos on September 18.

“There are many first as far as this year’s convention is concerned. It is the first time we are being officially hosted by a state government, and to this we are greatful to the Ekiti State first family, the government and people of Ekiti State and the Commissioner of Arts, Culture and Tourism, Professor Rasaki Ojo Bakare, who is one of our own, for identifying with us.” Mr. Israel Eboh, fta, NANTAP President said.

He added that the celebration was deferred last year because of the rampaging COVID-19 that shut down the entire world, hence, the association is having a fellowship investiture for thirty deserving members, which is unprecedented in the history of the association.

“Another first in the 30 years history of NANTAP is the conferment of Honorary Fellowship on deserving members of the society, and in this case, the writer-activist and art lover and promoter, First Lady of Ekiti State, Erelu Bisi Fayemi who deserves this recognition for her invaluable support to the arts and culture sector” Mr. Eboh added.