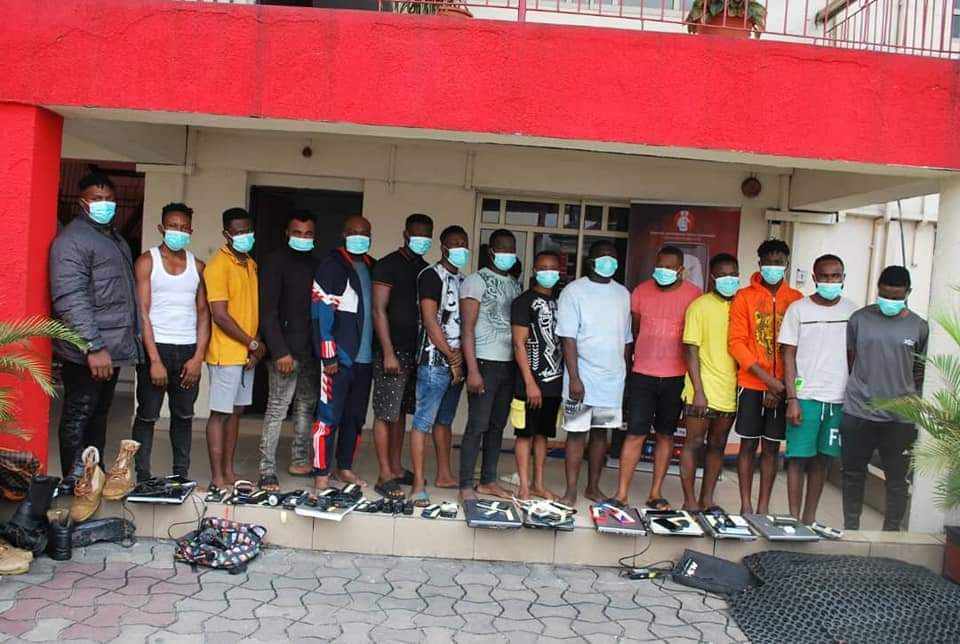 The Economic and Financial Crimes Commission, EFCC have arrested 15 suspected internet fraudsters in a sting operation in Aba, Abia state.

According to the commission, they were arrested on Tuesday, at different locations in Aba, Abia State.

Specifically, the suspects were arrested at No. 214b, Aba-Owerri Road and Cherubim Owo Osisioma and Intercontinental by Nwanyi Motors, Umuode Osisioma, Aba, Abia State following intelligence on their alleged involvement in internet fraud.

The matter will be charged to court as soon as investigation is concluded.