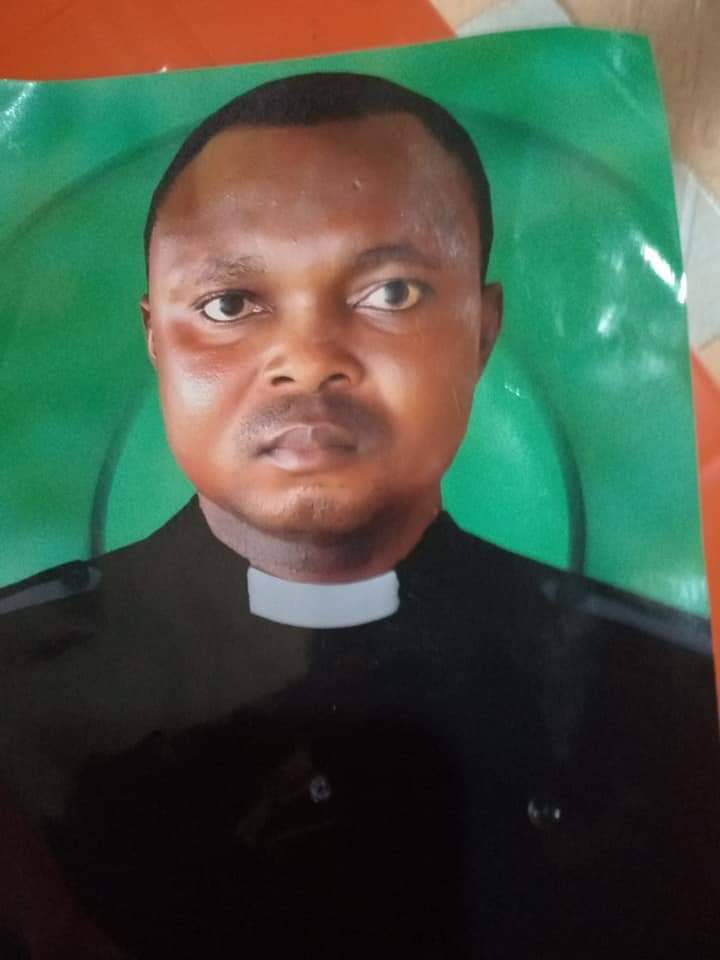 The expression “Ninety-nine days for the thief, one day for the owner” has again found perfect fulfilment as luck ran out of Mr. Emmanuel Antyu who has been parading himself as a Catholic priest.

A parishioner of St. Mark’s Mission, Apir, in the Catholic Diocese of Makurdi, Vera Akinde feeling insecure, called the attention of the assistant pastor-in-charge of the mission, Father Jonathan Gondo, VC, when the imposter presented himself as a priest of Lafia Diocese, but claimed that he was coming from Aliade after Sunday Mass.

She said Mr Antyu had explained that he was looking for accommodation after his car broke down; a car he never had.

According to Vera Akinde, the imposter explained that he was an Orthodox priest, but on the stickers he presented as evidence of his priesthood, he was a spiritan, a situation she said made her to become suspicious, hence her decision to call the attention of Father Gondo.

Father Jonathan Gondo, VC, who took the case to the vigilance team in the area for further investigation, revealed that Mr. Antyu admitted that he was not a priest but was acting so, to defraud people by collecting money to pray for them among other things; an act he confessed to have been into for over two years.

Mr. Antyu further confessed that he printed stickers and made his vestments in Zaki-Biam where he began this fraudulent business, from Gungur to Lafia and other places.

Two sexual perfomance-enhancing pills were also found in his bag among other items he was using in the business of mischief.

The Chancellor of the Catholic Diocese of Makurdi, Father Jude Ortese, CSSp, said the imposter has been handed over to the Nigerian Police at E-Division, Akpehe-Makurdi for further investigation.

This is not the first time that an individual has been caught parading himself as a Catholic priest in Makurdi Diocese. We appeal to the faithful to be careful of fake priests; Catholic priests will always go to the parish houses for assistance and not private homes.