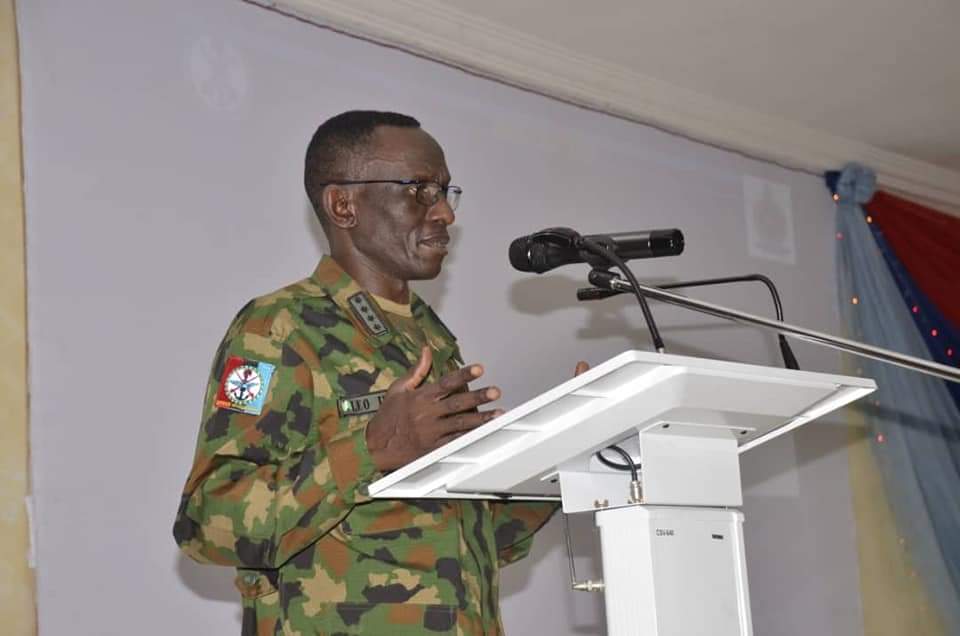 The Chief of Defence Staff (CDS), General Lucky Irabor has said that the Armed Forces of Nigeria (AFN), remains at the forefront in tackling the myriad of security threats confronting the nation.

This was contained in a statement signed by the Director Defence Information, Major General Benjamin Sawyer in Abuja, on Wednesday.

According to the CDS, “the military as an institution remains at the forefront of leading the war against every form of criminalities as the Constitution avails the AFN the mandate of supporting civil authorities which in this case is championed by the Nigeria Police.”

Gen Irabor noted that the one-day security parley is in continuation of the nation-wide consultation and engagements with military veterans towards proffering lasting solutions to the security challenges in the country.

The CDS while admitting the wave of insecurity in the North Central (NC), occasioned by farmers/herders and communal clashes, said the ongoing military engagement is crucial, as such require the inputs of its veterans towards sustainable peace and progress.

He urged the senior citizens whom he described as military officers even in retirement to be open minded in proffering suggestions to the security threats, promising that there would be interventions in the security dispositions in the NC and the entire nation.

In his remarks, the Chief of Defence Civil Military Cooperation (CDCIMIC), Rear Admiral Fredrick Ogu said the CDS security parley with retired senior military across the six geopolitical zones is to identify the threats in terms of its intensity and peculiarities with a view to addressing the challenges.

The CDCIMIC recalled that the maiden edition of the CDS security parley held in the South West zone, while the second and third editions took place in the North West and South East geopolitical zones.

The AOC expressed the commitment of the Command in sustaining the ongoing synergy with sister Services and other security agencies towards ensuring peace and stability in the NC, noting that the AFN is leveraging on the support and goodwill of the people in tackling security challenges in the region.

AVM Lubo enumerated the air operations which the Command is actively participating in the various theatres, including Operation HANDIN KAI in the North East, Operation DELTA SAFE in the South South, Operation HADARIN DAJI in the North West, as well as Operation WHIRL STROKE and SAFE HAVEN in the NC.

He further attributed the recent successes being achieved in the theatres to the collaborative efforts among the various security outfits. This, he said, is in line with the CDS Leadership focus of fostering a professional Armed Forces capable of effectively meeting constitutional imperatives.