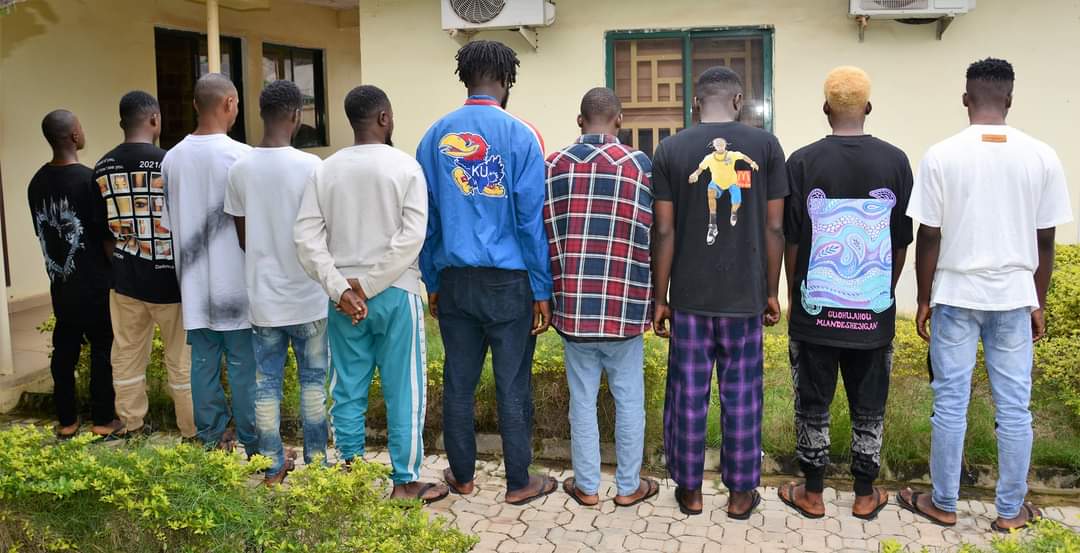 The Economic and Financial Crimes Commission, EFCC, have arrested ten persons in Kaduna State, for an alleged Internet-related fraud.

This was disclosed by the media team of the Commission on Tuesday.

According to the commission, the suspects were arrested at a hotel along Karji Expressway, Kaduna following intelligence on their alleged internet fraud activities.

Investigation revealed that the suspects specialize in love/marriage scams, identity theft, and impersonation as they created fictitious social media accounts to defraud innocent victims. Some of them are said to be pickers or receivers of proceeds of fraudulent acts.

The suspect will be arraigned in court at the conclusion of the investigation.