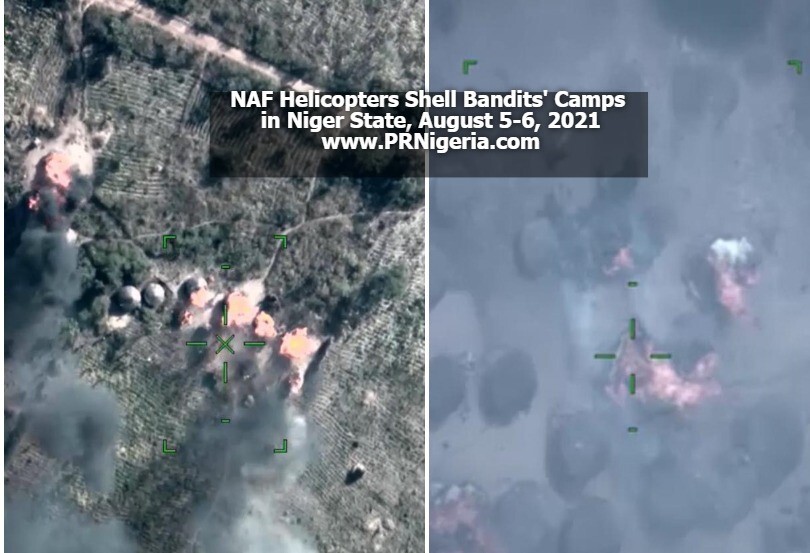 PRNigeria gathered that following credible intelligence on the location of bandits’ Camps at Jasuwan Garba-Urege axis in Niger State, the air component of OPGA conducted intensive air interdiction of the identified camps using a formation of Agusta 109 and EC 135 helicopter gunships to effectively decimate the camps.

A senior military officer involved in the operation said the aircraft formation took turns in engaging the locations with rockets while fleeing bandits after the rocket strikes were mopped up with cannons.

“The camps were seen engulfed in flames after the strikes. Reports from locals disclosed that about 70 bandits including their logistics bases were destroyed.

“The operation occured on August 5, 2021. Similar operations were executed on 6 August 21 by the air component at Kwawu and Uzawo all in Niger State recorded huge successes with several bandits neutralized.”