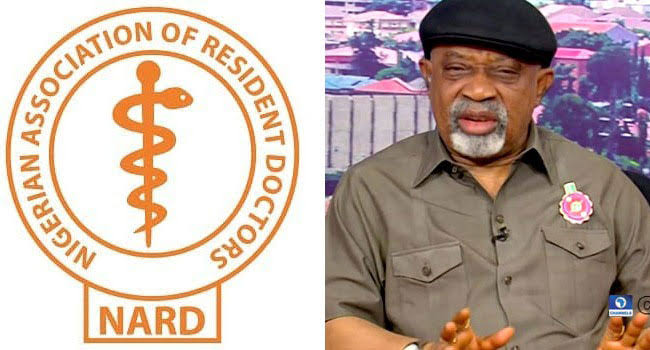 The Minister of Labour and Employment, Dr Chris Ngige has announced that the Federal Government would enforce the ‘No Work, No Pay’ policy for resident doctors who have been on strike since Monday.

Dr Ngige stated this on Friday during a Channels TV programme, Politics Today.

The Minister while reacting to the doctors’ stance on the strike, said “No problem! I have other tools permitted for me by labour laws. I invoked section 43 this afternoon.”

Section 43 of the Labour Act, which states, in part, that for the period a worker withdraws his services, the government or his employers are not entitled to pay.

“I have communicated it to NARD,” Ngige said, stressing that “they will not receive money for the period they are on strike and it will never count as a period for pensionable position in their career.”

As essential workers, the minister also maintained that they are not expected to go on strike without notifying him at least 15 days prior.

“They are taking government for a ride and they are playing with people’s lives,” he added.

Members of the National Association of Resident Doctors (NARD) went on an indefinite strike which entered its fifth day on Friday, over irregularities in the payment of salaries to house officers, among other issues.

They also accused the government of failing to fulfill its promise to members of the association who died of COVID-19 in the line of duty.