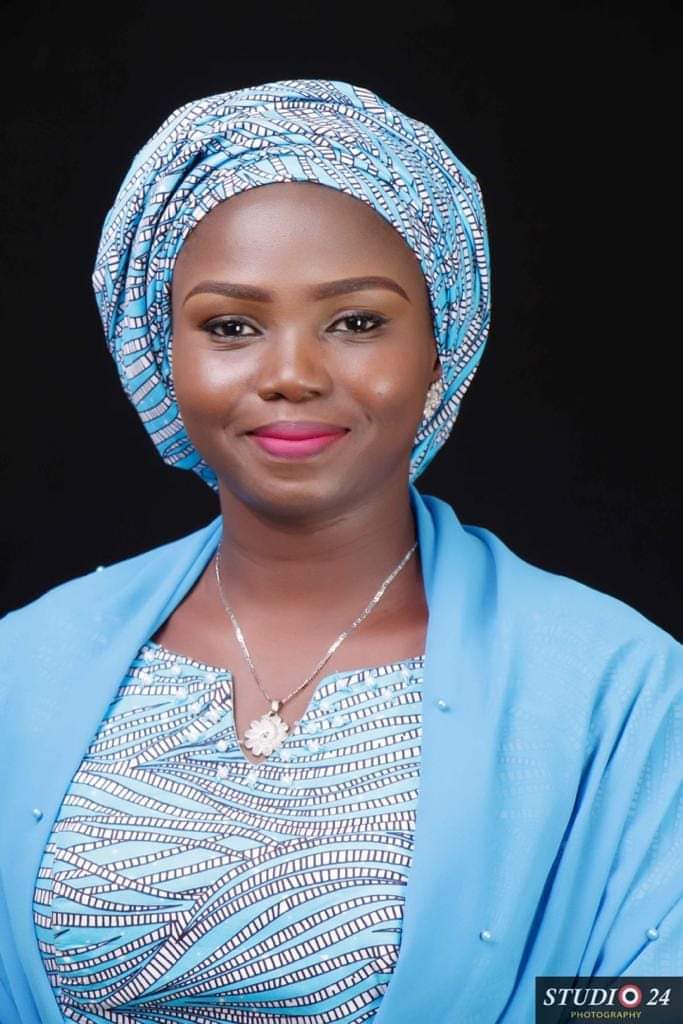 It was Winston Churchill, considered by many to be the greatest Briton of all time and the most famous British Prime Minister who noted, “We make a living by what we get, but we make a life by what we give.”

For Halima Usman, her affinity to standout is not only defined by the niche she has graciously carved for herself in the civil service where she works, largely considered to be a safe haven for idle people but she has demonstrated a good heart towards the weak and downtrodden in the society in a deliberate effort to lift them from the oblivion of depravity, denial and prepare them for a better future.

A mother, caregiver, mentor, orator and administrator, she is sufficiently endowed with the anointing of unpretentious care and love for others especially women and children, not on the basis of religious or ethnic background but for the very fact they are humans. This may not be extricated from the chequered history of her upbringing as that girl, who like former Nigerian President Goodluck Jonathan never went to school with shoes.

While the story of her rise to stardom will be a discussion for another day, suffice to say that her education as a child was so arduous and difficult that she had to cover several kilometers by foot just to be in school every day to and fro. Her odyssey was compounded by the fact that the hope of having a meal before or after such long tortuous journey always hung in the balance. She was not in any way deterred because her eye was permanently fixed on her goal.

The litany of challenges that greeted her childhood development may have largely influenced her avowed decision to make a difference in her society when in 2010 she floated a non-governmental organization, HalimaFactor Community Initiative which among other things seeks to provide succor to as many children as her capacity can bear as her own modest contribution to national development drive.

Pursuant to her dream of being a shoulder to others, Halima through her intitaitive rolled out a scholarship scheme which at the moment caters for 23 primary and secondary school children in Gombe state, better referred to as ‘The Ambassadors’, whose number will continue to increase every new session.’

HalimaFactor Community Initiative is solely responsible for their education, from their uniforms, school bags, shoes and everything pertaining to their study. In addition to this, the scholarship scheme also covers undergraduates in select universities and other tertiary institutions across the country who are winners of the various activities at the annual Gombe Day of Literature and Creativity which began in 2014.

The aim is to as much as she can ensure that she touches lives irrespective of how insignificant her contribution may seem in a pool of millions of individuals who are overburdened by myriads of life challenges.

The Initiative also treats with utmost importance the issue of skills acquisition/development and empowerment in an effort to grant rural and urban dwellers access to economic opportunities to adequately live up to their responsibilities as parents and guardians.

In the FCT and Gombe state for instance, internally displaced persons (IDPs) and many unemployed women and youths, have benefitted from the scheme when they were taught soap making, body cream, hand sanitizers, catering, basic ICT, Photography and Videography and many other handcrafts.

All these are targeted at enabling them to shoulder their family responsibilities thereby reducing crimes which in recent times have been amplified by surging unemployment rate and escalating poverty.

Also, the annual Gombe Day of Literature and Creativity which falls within the purview of this Initiative seeks to mentor and harvest talents in the literary world, not just as a passion but a well-intended effort to groom men and women who can help shape the narratives and tell the story of Nigeria to the world.

Other notable accomplished by this indifatiquable woman ininclu, the construction of a bridge at Kuchikau Community in Nassarawa State in 2013- 2014, Operation Hope Alive, with Internally displaced Children from various IDP Camps within the FCT, 2014 through to 2017 in collaboration with the Nigerian Army, NOA, NCAC, ANA FCT Chapter “I am a Responsible Nigerian” Campaign to sensitize and help children and youths to say no to electoral violence, 2015, Medical outreaches to Karmajiji, Wasa and Waru IDP Camps in collaboration with Society for Family Health 2017-2019, Kabusa Community monthly environmental sanitation, 2015 and for 11 months in 2017 in collaboration with AEPB, NOA, NTA, and Provision of start up capital and tools to young entrepreneurs and support to many women and families within her community among others.

Currently the Chairman Association of Nigerian Authors, ANA Abuja chapter, Halima Usman has championed the development of frontiers of literature and art studies especially in primary and secondary schools around the FCT. She has brought life to the once in limbo FCT chapter of the foremost literary body in Nigeria. Her dexterous leadership has attracted the chapter lots of partnership deals with notable government and academic institutions, including NAPTIP, Veritas University, NCAC, Secondary School Education Board, UBEB, as well as Embassies and other reputable personalities and non-governmental organizations.

She has at various occasions been honoured for her outstanding contributions in literature, child development, women and youth empowerment by the Head of the Civil Service of the Federation, Nigerian Television Authority, Association of Nigerian Authors, National Association of Students of English and Literary Studies, National Youth Assembly, the Traditional Council of Kaltungo among others.

The latest in the long list of such awards is one by an international NGO, StandTall Africa Initiative where she bagged the award of Outstanding Woman in Education, Business & Leadership.

Among the 35 nominees for the award which include individuals such as former first Ladies, captains of industry and other notable professional women and academicians across the country, only six eventually made it to the final list including our own Halima Usman.

As if that was not enough, StandTall Africa Initiative named its International Centre for Research on Women, after her. The centre is fashioned to focus on two areas: Women in Leadership and Gender Empowerment.

The idea is to create a veritable platform for younger and aspiring women leaders to understudy the elitist women in politics, business or any other field of human endeavour, learn the leadership rope and take mentorship cue from them.

The Centre will also be providing access to economic activities for rural women through training and empowerment. At the moment, efforts are being intensified to secure a permanent office accommodation for the centre to fully commence operation as soon as possible.

As a productive civil servant who has refused to be slammed with paintbrush of negativity, she has stood out in every ministry where she had served with a clean bill of record. She gives no thought before spending her personal money to ensure that ‘government work’ is not unnecessarily bottled in a prolonged bureaucracy.

The question you may have been struggling to provide answer to is, what is her funding source for all these gigantic life-impacting projects she has embarked upon? The answer is not far-fetched; from her meagre salary. Again, you may ask, is it enough? The simple and truthful answer is NO.

It might also interest you to note that every dime made from the receipt launch of her seven books, Mallam Sidi, Fauziya Saves The Day, Mr Cockroach, The Big Aquarium, Emeka The Farmer, Kola & Lola and Against The Odds have been deployed to executing projects currently embarked upon by HalimaFactor Initiative and now the Halima Usman Centre for the Study of African Women in Leadership and Gender Improvement (HUCSAW).

She wants the books to populate our rural schools and homes just for the children to have access to educational materials.

“One of the things I’m concerned about is how to get these books across to many children, particularly children from less privileged families in the rural communities. This may be the only story book they will have access to in a long time.

“If you look at their quality, you will know it’s a painstaking work that took a lot of time and commitment. I have children in mind and that is the whole essence of the book launch.

“We want people to sponsor this book so that we can produce more copies and send to rural areas. The intention is for people to choose any locality of their choice and the number of books they want for the children there.

“At the end of the day, you will realize that whatever we make from the book launch will be directly or indirect channelled to any of our non-profit ventures” she told reporters.

The production and distribution of these materials cost a fortune. To this end, good-spirited Nigerians are appealed to support this worthy course generously. The more children have access to these rich, educative books, the better for the rest of the society. Her vision is to take as many children as she can off the street to classroom. In addition, funds are also required to get our women economically empowered and mentored for leadership position as well as supporting the youths to earn decent living. That is the dream of Halima Usman and that she firmly stands for.