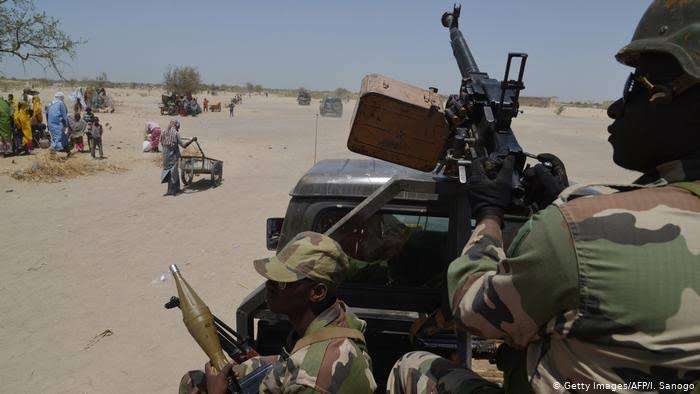 Scores of Boko Haram-ISWAP terrorists came under heavy attack after troops of the Nigerian military shelled their hideouts in the Gubio axis of Borno State on Sunday.

The exact number of casualties recorded by the terrorist elements could, however, not be ascertained at press time.

But a top intelligence source told PRNigeria that scores of terrorists were feared dead, after the troops’ ‘merciless reprisal’ onslaught.

It was learnt that the Boko Haram-ISWAP fighters, on Saturday ambushed a military convoy along Gubio/Damasak highway at Kareto axis in Northern Borno.

Though the casualty figure suffered by the military was still uncertain, troops, according to the intelligence operative, ‘tactically retreated, strategized and invaded’ the location of the terrorists’ hideouts on Sunday.

“The troops, in combat-ready, after yesterday’s sad ambush in Kareto bombarded the insurgents’ locations in Gubio today with artillery gun trucks,” he said.