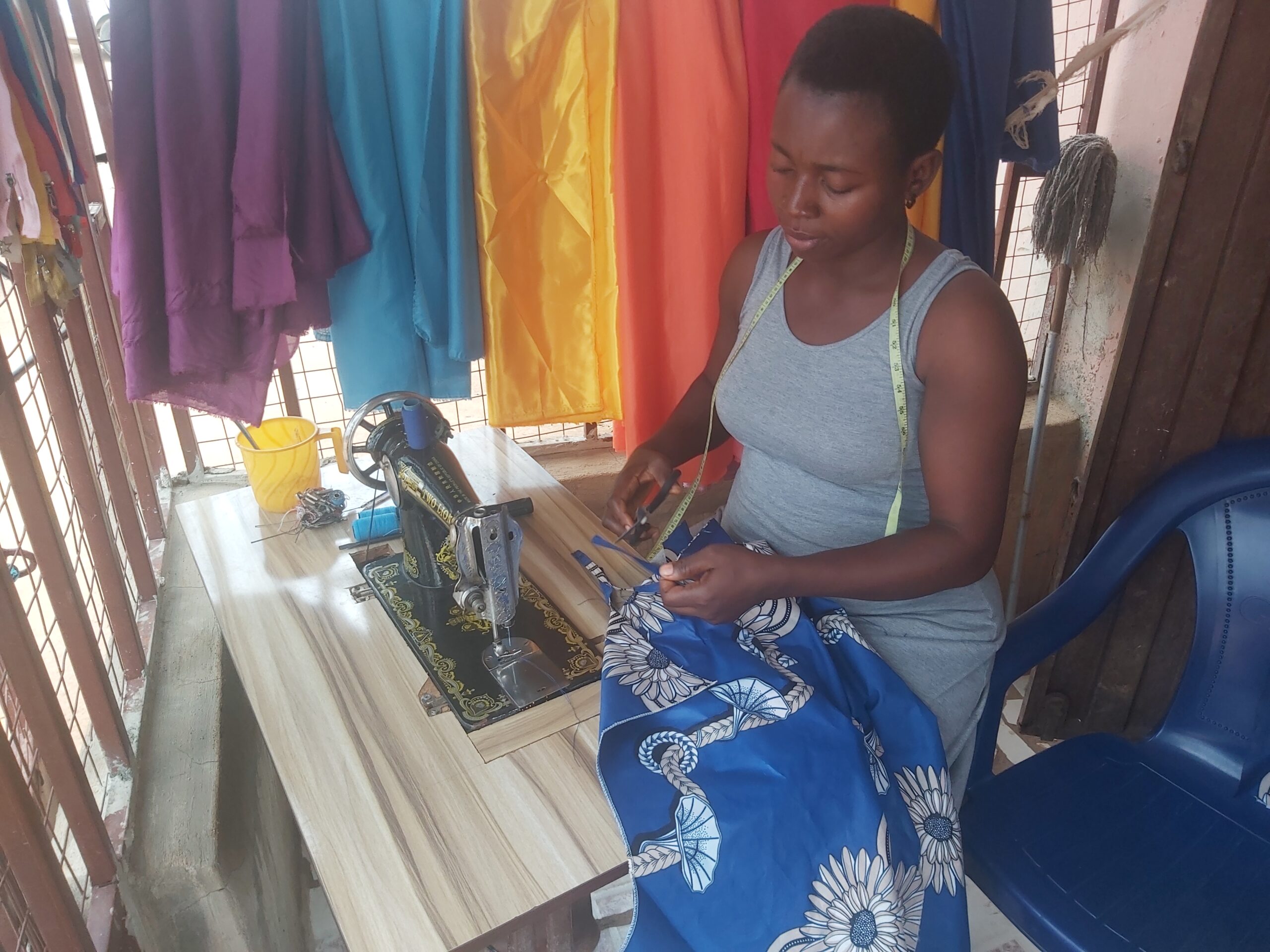 Clothes making is an age-long vocation which is practiced by men and women.

Those in this vocation say it is delightful, that they love making people beautiful.

Some, however, said making clothes for men was not as stressful as making for women,

Mrs Queen Obi, a female tailor in Kubwa, Abuja, says she makes clothes for men because she gets joy from it.

Obi told the News Agency of Nigeria (NAN) in Abuja that she was motivated into making male clothes because she liked men looking smart.

“I make beautiful male clothes and was motivated into the job by the way some men dress smartly.

“I find joy when sewing for men because it has less stress and complaints, with much profit, than sewing female clothes.

“Although I have male customers, who sew their clothes with me, that cannot be compared to the number of my female customers ,” she said.

“My major challenge is low patronage from men because most of them have the mentality that women can’t sew their clothes well or meet their satisfaction.

“Many also avoid patronising female tailors, to avoid misunderstanding, in case there is complaint, “ she said.

Mrs Laratta Sunday, another female tailor, who makes male clothes, said it was more profitable than making clothes for women.

“It is more economical to make male clothes because I spend more money buying accessories for female clothes, to make them beautiful and outstanding.

“But it does not cost much to make smart looking male clothes.

“Also the time I spend making one female dress, I will spend the same time to make more than two male clothes,” she said.

”I married my wife because she makes nice, wonderful clothes for me and my friends admired me, says Mr Goodday Sunday, husband to Laratta.

“A lot of my friends started making clothes with my wife on seeing how professional she is with her tailoring.

“I encouraged some of my friends that were feeling awkward to try her, believing that women were always good at whatever they decide to do and they have never been disappointed,” Sunday said.

“I encourage ladies to engage themselves more in supposed male vocations, because it will build confidence and encourage other women and youths.

“A female tailor makes my clothes and I’m always comfortable with it, because she sews to my taste and has never disappointed me.

“I had lots of disappointment from male tailors, so I decided to try female tailors, who make male clothes, and so far, I have not been disappointed,” Ahmed said.

Mr George Okechukwu, a resident of Kubwa, said, “although I haven’t seen any female sewing male clothes, but i will not mind patronising one.”

“I don’t think there is any big deal in a lady sewing male clothes, though most men will surely think it is awkward.

“I also think that female tailors making male clothes might not have much patronage, because there are lots of male tailors doing that and men will prefer to patronise them.

“But if the female is an expert in it , I think she can hijack the male customers from the male tailors.

“My advice to the female tailors is to ensure they are very perfect, so as to compete favorably.

“They should advertise themselves and create more awareness for the vocation,” Okechukwu said.

Meanwhile, Mr Boniface Ushie, on his part said that the challenge female tailors could face would be lack of patronage, adding that he could not imagine a women making his clothes.

“I can’t patronise a female tailor because it looks awkward, even when she wants to take measurements.

“I will not be able to talk if there are complaints or disappointment,” he said.

Ushie said he would rather stick to the male tailors and have his peace.