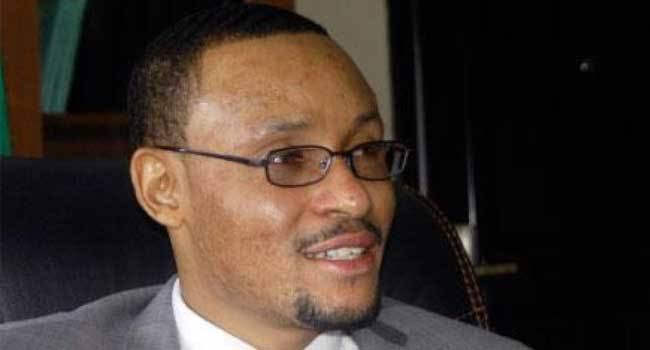 Temporary reprieve has come the way of the chairman, Code of Conduct Tribunal, CCT, Mr. Danladi Yakubu Umar as the Senate through its Committee on Ethics, Privileges and Public Petition stopped investigation into the allegation of assault brought against the by one Clement Sargwak.

The committee, chaired by Senator Ayo Akinyelure (PDP Ondo Central), took the decision on Tuesday at its 5th session on account of litigations slammed on it, the Senate and the Attorney General of the Federation AGF by Umar.

But lawyer to the petitioner, Timizing Venyir Ramnap kicked against the decision of the committee stepping aside from the investigation sine die.

In his brief submissions before the commitee’s ruling, Ramnap said the purported originating summons from Federal High Court, Abuja forwarded to the panel by counsel to the accused were mere court processes and not declarative orders.

“Courts have procedures of doing things. The present document before this committee as read out by the chairman, is not an order from any court, but mere court process served on the Senate.

“Were it to be valid order from the court of competent jurisdiction, the Senate may back out, but since it is not, the Senate through this committee still have its constitutional powers on the case and can forge ahead with the investigation.

But the commitee chairman quickly responded that it’s not a temptation, but efforts being made by somebody to circumvent it, which will be challenged in the court.

“All the issues raised by the respondent who has turned himself to a plaintiff now will be challenged in the court because investigation on the alleged assault started here before the CCT chairman ran to court.

“Be rest assured that the matter will not die like that but we have to stop investigation for now, pending the outcome of consultations we are seeking for from relevant authorities and in particular the counter offensive being made against the CCT chairman in the court of law.

“He appeared at the first sitting, sought for a week to study allegations on assault leveled against him. We gave him three weeks for that. Thereafter, at the second, third sessions, he sent representatives that he couldn’t come due to ill health, only for him to inform us through his lawyers at the fourth sitting two weeks ago (July 13, 2021), that he was already in court.

“Here today, neither him nor any of his Representatives is here which will make us to stop the entire process for now, because we can’t write report on the investigation by hearing from only one side.

“We hereby step this investigation aside sina die.”

Danladi Umar, in the suit with file no. FHC/ABJ/ CS/671/2021, is challenging the Senate’s constitutional power to conduct investigation and the purpose for which it is exercisable.

Specifically, the embattled CCT chairman is asking the court to interprete the constitutional powers granted the Senate or House Committees on Ethics and Public Petitions whether it covers public assaults which as averred by his attorneys, are part of the constitutional functions of the Police and the courts of law.

Read Also:  NPC to partner with NBC on sustainable statistics