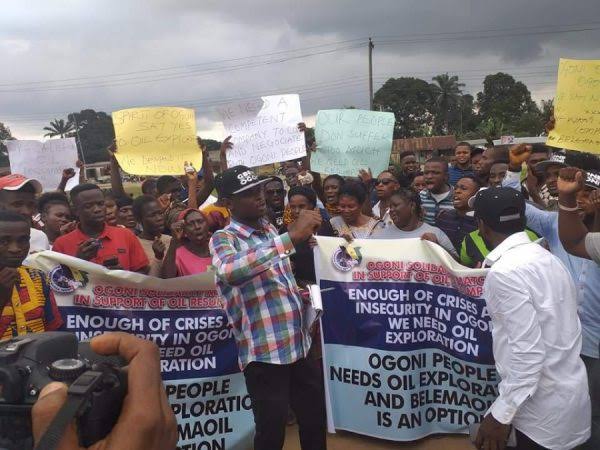 There were heavy gridlock as youths of Ogoni-speaking Local Government Areas of Rivers State on Monday morning blocked the Eleme-Onne axis of the East-West road to protest the poor condition of the federal highway.

The protesters who mobilised heavy-duty trucks blocked both ends of the road especially the only bridge connecting the area to Port Harcourt for several hours.

The youths with placards demanded that the dilapidated Ogoni section of the East-West road be reconstructed, with at least three flyovers at strategic locations in Akpajo, Alesa and Onne, all in Eleme Local Government Area.

They also want the existing bridge at Aleto junction to be remodeled.

An eyewitness and victim on the road said the protest at some point turned violent with some of the youths harassing drivers and passengers.

The section of the road measuring 15 kilometres with a connecting bridge is one of the busiest segments of the Federal highway following the regular hauling of goods from the Onne seaport, the Port Harcourt Refining Company, the Oil and Gas Free Trade Zone, among others.