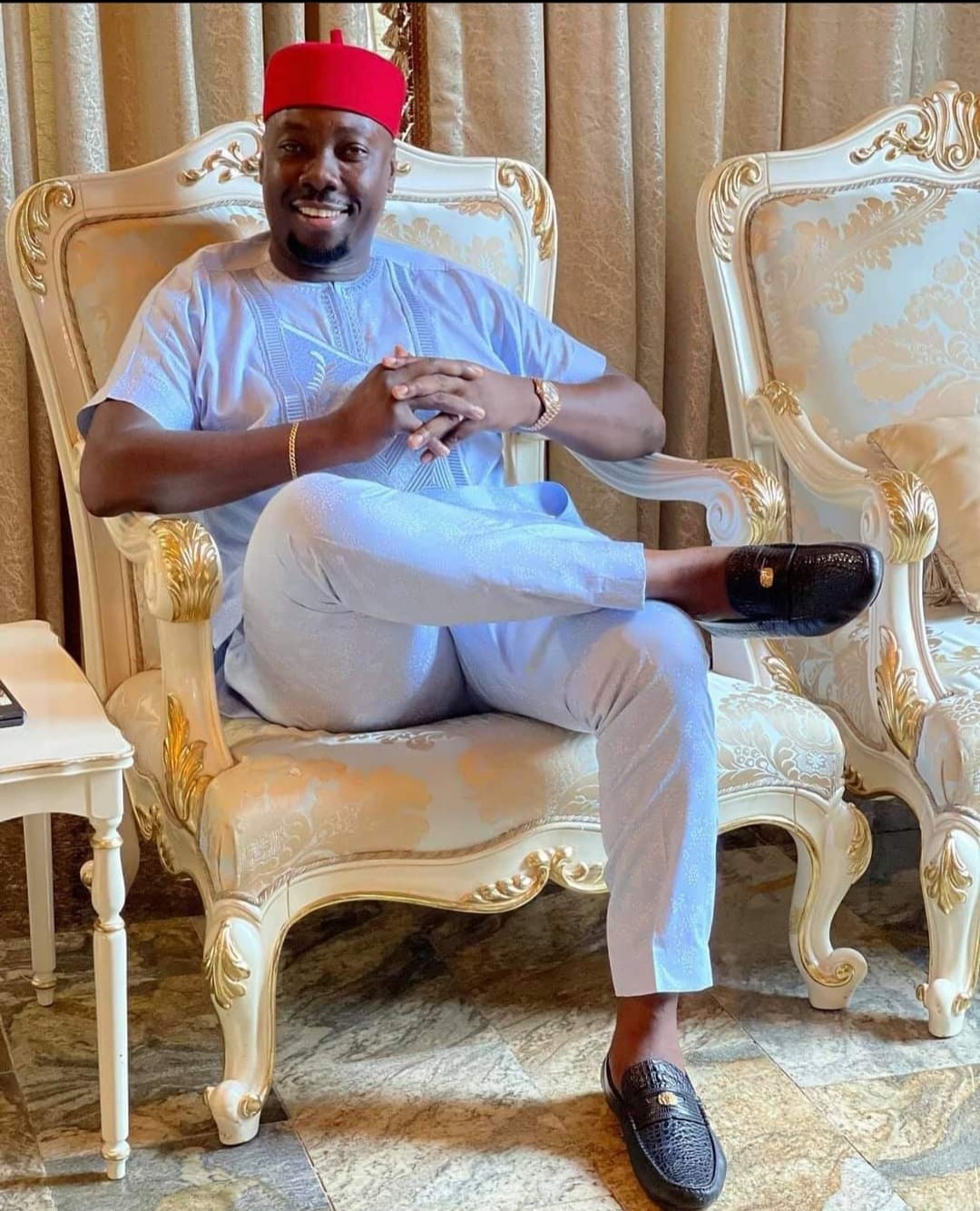 The Chairman of Cubana Group, Chief Obinna Iyiegbu, popularly known as Obi Cubana, revealed that he made his first one million naira after he completed his National Youth Service Corps (NYSC) in Abuja.

The business tycoon disclosed that he graduated from the University of Nigeria, Nsukka in 1998, with a degree in Political Science.

With his Place of Primary Assignment at the National Assembly where he earned N2000 monthly, Obi managed with his friends and brothers in a one-room apartment in Zone 4, Abuja.

Obi in an interview with BBC Pidgin said despite not getting a job, he was able to make his first N1 million through an entrepreneurial venture.

The son of a school principal in his words, said, “After undergoing my compulsory National Youth Service Corps (NYSC) programme in Abuja, I started searching for a job all to no avail.”

“That made me start some small jobs and from there I became a real estate agent. I usually get five per cent of every task that is successfully executed. It was along the line that I and my colleagues met a man who asked us to help him furnish his house.

“We did it very well that he gave me N500,000 separately from the profit of N600,000 which I also made from the deal. That made it N1.1 million in total. It was after my NYSC that I made my first one million nairas.”

I later signed a contract with PPMC, made a little money, then bought my Mercedes V-boot,” he said.

Obi Cubana revealed that he invested the money he made into a garden beer parlour before he established Cubana, which has now gained national and international prominence.

Speaking on the burial of his mum, where people sprayed bundles as oppose to spraying notes, he said: “How would I have arranged for people to come to the event and spray money.

Is it to bathe with it? The money belongs to them, so it is their choice to spend it anyhow they like. ”All those that came for the burial are bigwigs across various industries, so they’re there to show love for my family. Some of them were my friends and colleagues from school several years back.

“Therefore, the burial offered them the platform to come and show their love and support. That’s what happened that day.”

Several videos went viral that show celebrities, business people and politicians spray money indiscriminately during a concert held after the interment of the deceased.

The billionaire while speaking on the planned birthday for his mum said, “My mother’s burial was like that because we had already promised her that whenever she clocks 80, we’ll organise a unique carnival, which is the first of its kind in the world, to celebrate her.”

“We joked about it and agreed. But thereafter, she died before she clocked 80. Due to that, we dissipated all our energy and initial plans to celebrate her 80th birthday into organising a befitting burial for her. That’s why it is the talk of the town.

“This year (2021) makes it 15 years that our father passed away. After my father’s death, we gave our mother all the love because she was always there for us. She was the one playing the role of a father and mother for us before her death.”

“Whenever you visit her, she must pray for you before leaving. Even in your absence, she still prays for you, so when she died, it was as if they collected part of my energy.”

Obi further urged people to desist from thinking that wealth must come through illegal means.