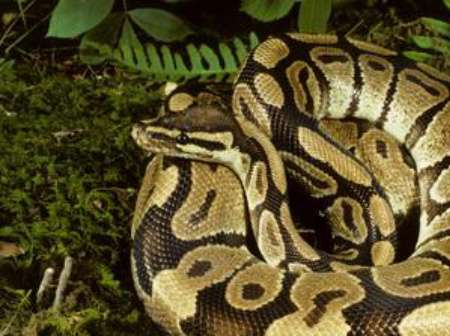 In Most part of Igboland, the SouthEastern part of Nigeria, the specie of snake called python is treated with utmost respect and dignity while in some other areas in the same part of the East, python is regarded as a dreaded reptile.

Idemili clan is a conglomeration of towns that make up the present Idemili North and Idemili South Local Government Areas of Anambra State; Abacha, Abatete, Eziowelle, Ideani, Nkpor, Obosi, Ogidi, Oraukwu, Uke, Umuoji, Akwu-Ukwu, Alor, Awka-Etiti, Ojoto, Nnokwa, Oba and Nnobi. Idemili, was derived from the river that flows throughout the whole length of the towns.

We learnt that aquatic animals in the river including fish and the majestic snake which goes by the name Eke Idemili, the Royal Python, in the local parlance, are untouchable and is not eaten in the entire Idemili land. The history of how the people of Idemili began to worship the short pythons was linked with the river in the area called Idemili River which cuts across towns like Obosi, Ogidi and Ojoto, adding that the river has a network. A believe has it that the first man that founded Idemili came from the deity and as a result people worship the the river goddess. The deity, one of the powerful in Igboland has its shrine across all the towns in Idemili community.

The people of Idemili regard the snake as a representative of their deity and a custodian of their culture and tradition. Therefore, it is not amazing to see people living within the Idemili community sleeping with the python in their houses or playing with it as if they are snake charmers.

This is a well known fact that in Idemili clan, people worship the Royal python to the extent that it is a taboo to harm or kill the majestic snake. In a situation where the snake is killed by someone, the wrath of the community where the incident took place is always brought to the person who committed the heinous crime and he or she is compelled to accord the snake a befitting burial like that of human being.

Stories are being told that says that when a child is born in Idemili, the Eke Idemili crawls to the place where the baby is kept and curls around the child harmlessly to the admiration of the parents of the little child. It was also gathered that the visit of the snake to people’s homes could mean different thing as the snake is said to have the power to bring good or bad tidings. If, for instance, a noble person is about to pass on, Eke Idemili could visit a relation of the person by dying in the house of the person.

It is very true. It is a non poisonous python and it is treated with utmost respect and dignity.
Most places in Igboland forbids the killing of pythons, like in Njaba in Imo state, they have the Eke Njaba, with its shrine at Njaba river. Although the tradition is much more pronounced around Idemili and most towns in Anambra State. It is believed that the python is the messenger of the goddess in many places in Igboland.

The deities in Igboland do not appear to humans directly, it is believed that if you see a deity it means you are dead, so these agbala or alusi come through means of an animal messengers, for example Amadioha comes through a white ram and a python. These animals are therefore seen as sacred.