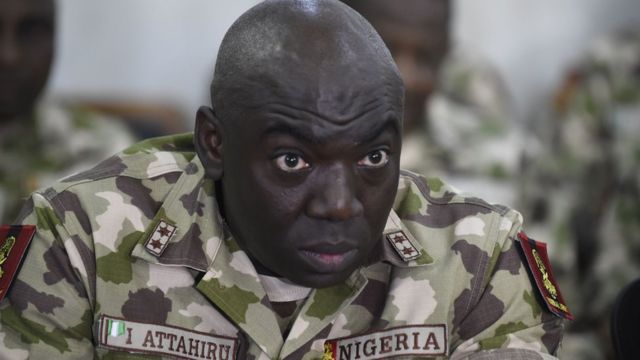 The Nigeria’s Chief of Army Staff, General Ibrahim Attahiru has died in a plane crash.

According to source, Nigerian Air Force aircraft crashed near Kaduna Airport on Friday.

Attahiru served as the Theatre Commander, Operation Lafiya Dole, before he was removed from the position barely nine months after he was appointed in 2017.

Nigerian Army is yet to make any official statement on Attahiru’s death.