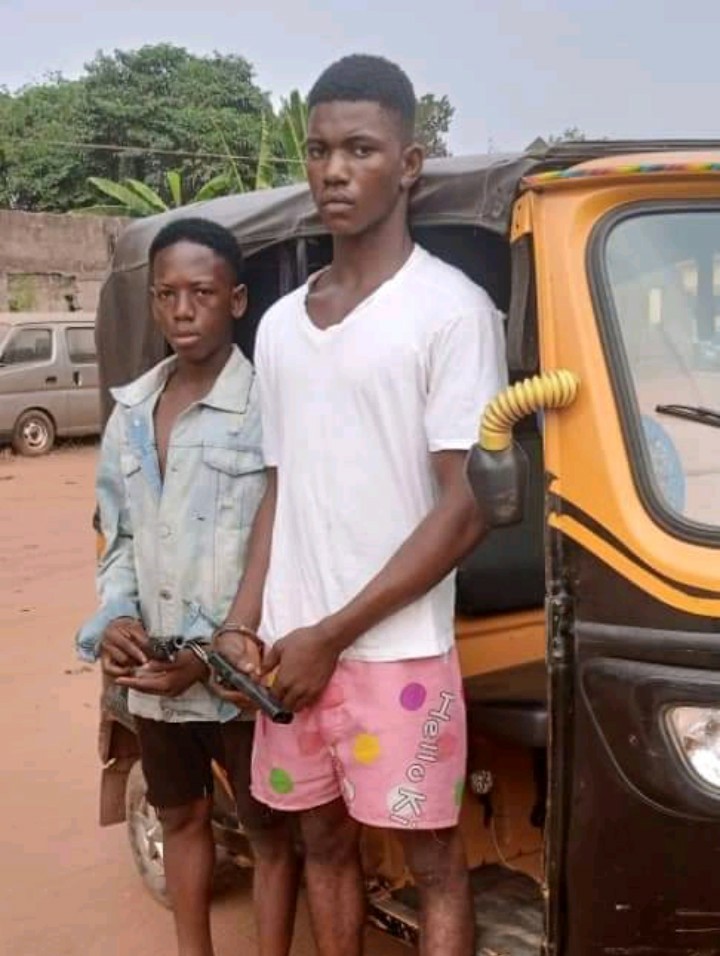 19 years old Okafor Stanley, male and 21 years old Benedict Sunday has been arrested by the operatives of the Anambra State Police Command in Awka.

Confirming the incident on Tuesday, the Police Spokesman in the State, Haruna Mohammed in a statement said, “Central Police Station (CPS) Awka in conjunction with local vigilante group had on 8/2/2021 at about 8pm arrested two armed robbery suspects at parkers Ziks Avenue, Awka following a distress call”.

He said that the suspects allegedly attacked and snatched at gunpoint a tricycle popularly known as Keke from it’s rider at Ziks Avenue, Awka.

According to Mr Mohammed, two locally made pistols and the snatched tricycle were recovered from the suspects.

He further said that the suspects have voluntarily confessed to the crime and will be prosecuted after the ongoing investigation.