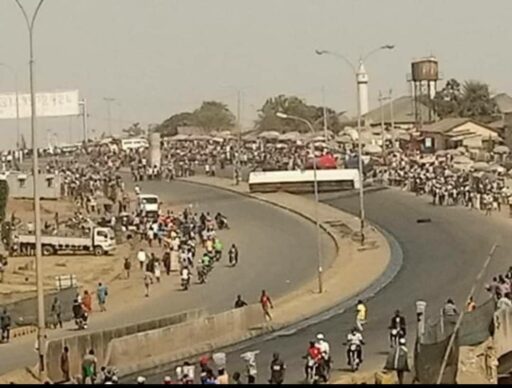 A tanker loaded with Premium Motor Spirit (PMS) has fell down as it emptied its content along AYA-Kugbo-Nyanya road in the Nations Capital, Abuja.

According to report, the incident which happened around 3pm caused a serious traffic along the busy corridor and was being attended to by the personnel of the Nigeria Police Force, the Federal Road Safety Corps, NEMA, FEMA, Directorate of Road Traffic Service (DRTS) (VIO) and Federal Fire Service.

As at the time of filing this report, residents are still held in the heavy traffic around 8pm.

Two children were reportedly knocked down by the truck and have been rushed to an undisclosed hospital for medical attention.