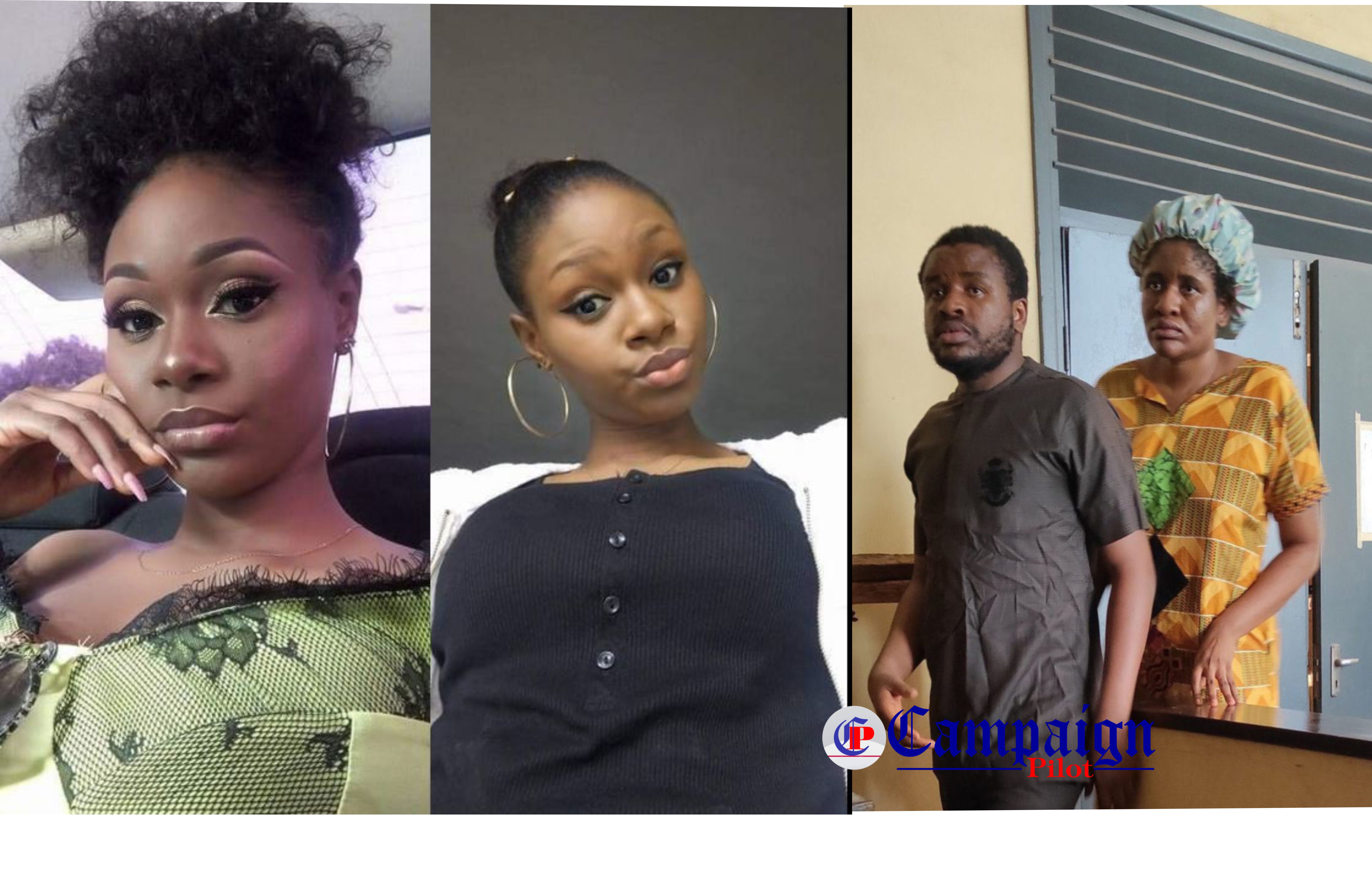 Grade 1 Magistrate court sitting in Enugu has remanded Ifezue Chiamaka and her brother, Ifezue Emeka in Enugu Correctional facility for the alleged murder of Ijeoma Nneke, a 27-year-old Make-up artist based in Enugu on 11th November, 2020.

The siblings from Urualla, Ideato North local government in Imo State was charged on two-counts charges of conspiracy and murder as well as forcing the deceased to drink a substance believed to be poisoned after which they poured acid on her.

Speaking to newsmen after the court proceeding , the prosecuting counsel, CSP Chike Nwachukwu said the police have completed their investigation and have ample evidence to prosecute the matter and ensure that justice is served.

According to report, brother to the deceased, Nnamdi Nneke said they learnt that their sister was sedated by the suspect and her brother (now co-suspect) who helped in forcing a poisoned substance down her throat because according to them, Ijeoma was in a relationship with the supposed boyfriend of one of the suspects. The relationship between Chiamaka and the youngman in the mix was unknown to the deceased.

He said that when Ijeoma suspected that all wasn’t well, “she sent an SMS to her colleague and through phone tracking, the suspects were apprehended.

An eye witness who was also present in the court reveled that he witnessed as Emeka Ifezue poured acid on the body of Ijeoma after they dumped her corpse at Maryland axis of Enugu Metropolis.

The Magistrate, J.I Agu adjourned the matter to February 24th, 2021.