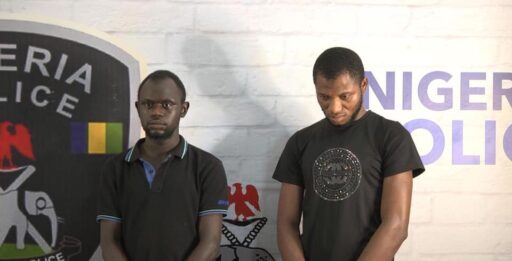 “Their arrest followed intelligence received from the INTERPOL NCB, Brasilia. Exhibits recovered from the suspects include: three (3) mobile phones and a Laptop computer. Forensic investigations/analysis carried out by the Police team on the gadgets revealed the series of pornographic/erotic videos with underage girls which the suspects shared on the internet for a fee denominated in US Dollars.

“Meanwhile, the IGP notes that a total of two thousand, seven hundred and ninety-two (2,792) suspects were arrested by the Police for Sexual and Gender Based Violence and other sexual related offences in the year 2020.

“The arrests are linked to the two thousand, five hundred and seventy-three (2,573) cases currently being prosecuted under the Force Gender Unit in various courts across the country. Others are still under active investigations.

“The IGP enjoins parents and guardians to keep a close watch on their children and wards and report any incidents of abuse against women and children.