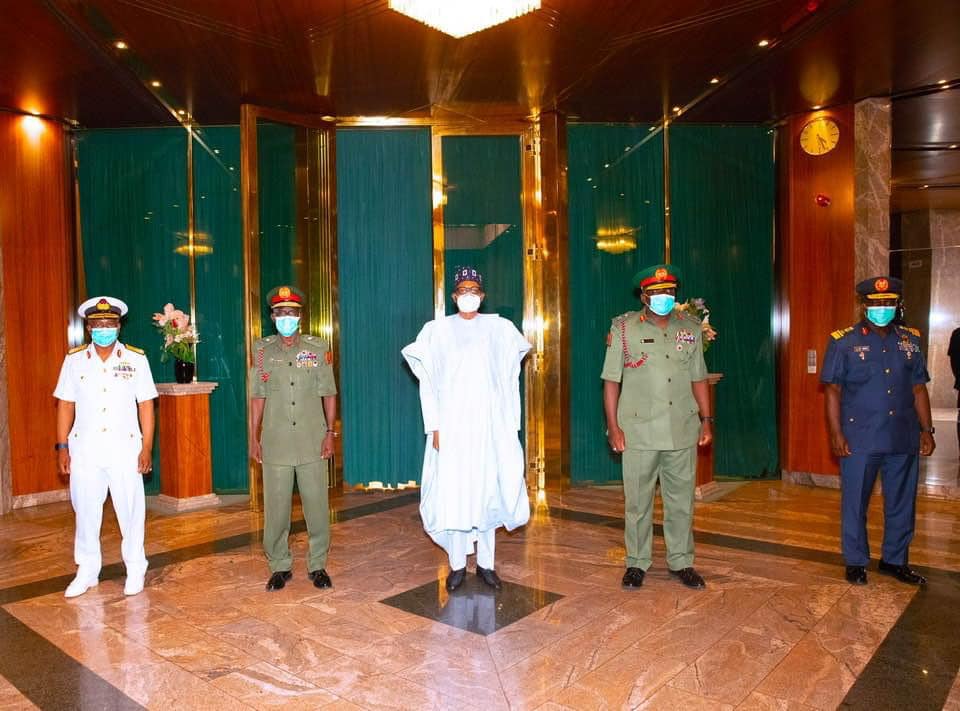 President Muhammadu Buhari has charged the newly appointed Service Chiefs, to be patriotic, and serve the country well.

This was made known in a statement on Wednesday by the Special Adviser to the President, Garba Shehu, at the Presidential Villa, in Abuja.

His words: “We’re in a state of emergency. Be patriotic, serve the country well, as your loyalty is to the country.”

The President congratulated the Service Chiefs on heading their various services, adding:

“There’s nothing I can tell you about the service, because you are in it. I was also in it, and I will pray for you. I also assure you that whatever I can do as Commander-in-Chief will be done, so that the people will appreciate your efforts.

President Buhari also charged the Service Chiefs to be concerned about the morale of their officers and men, saying they should be made to feel physically and professionally secure. He pledged that Government would do its best in terms of equipment and logistics.