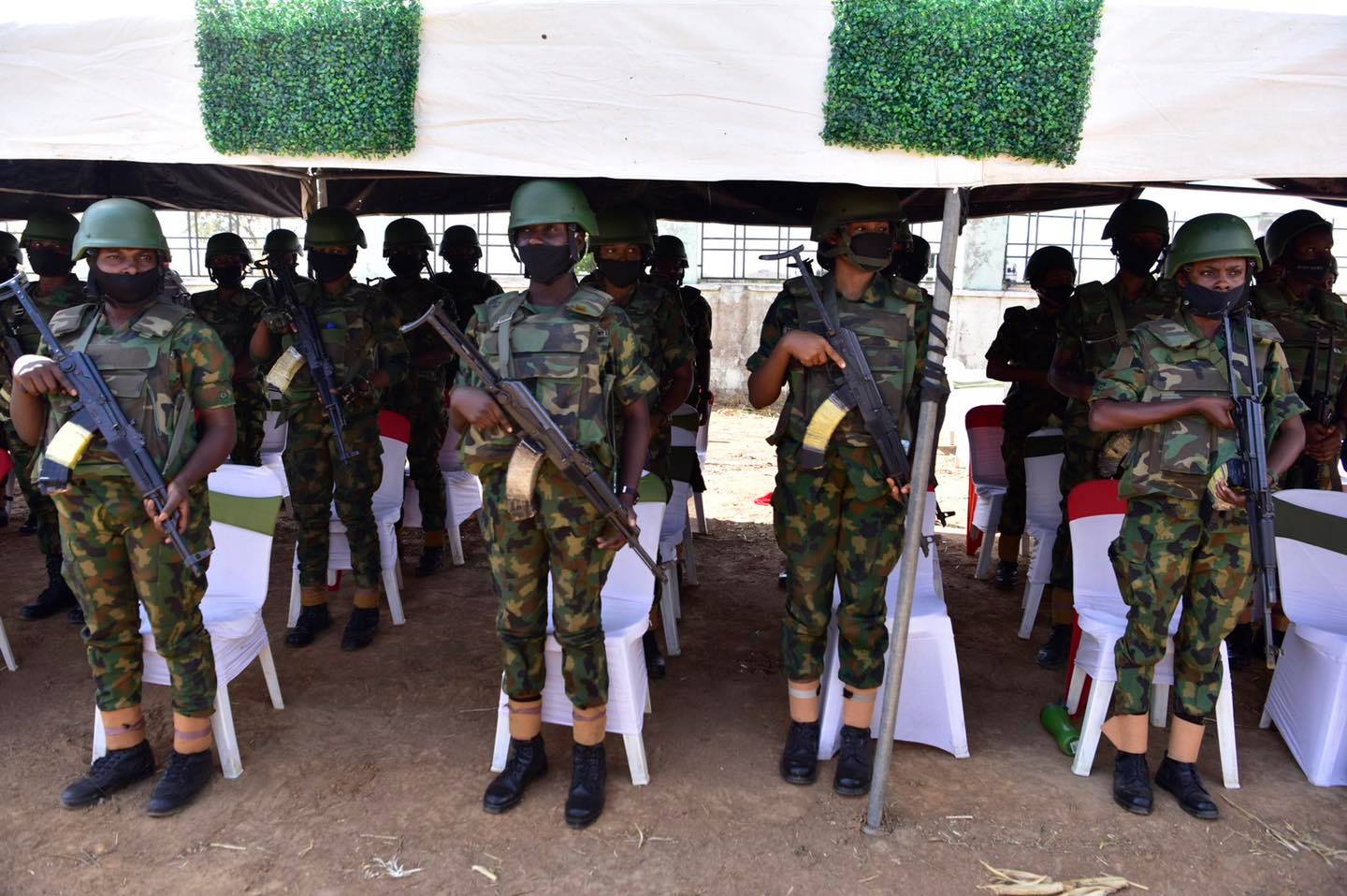 The Nigerian Army has deployed a total of 300 female officers to the volatile Abuja-Kaduna highway as part of measures to curb the menace of banditry and kidnapping along the road and other surrounding communities.

The female officers have been drafted into the Operation Thunder Strike of the Nigerian Army which is currently carrying on a special operation on the Kaduna-Abuja general area.

Speaking at a ceremony to welcome the first batch of 100 female officers and handing over of their residential accommodation to the Nigerian Army, Governor Nasir El-Rufai of Kaduna State expressed gratitude to the military for deploying the troops and assured them of the continued support of the Kaduna State Government as they work for security in the state.

However, Major-General US Mohammed, GOC 1 Division, acknowledged the support Kaduna State Government provides to the military in its internal security operations. He thanked Malam Nasir Ahmad El-Rufai and Dr. Hadiza Balarabe for personally coming to receive the troops.

The role of the women soldiers is to complement the efforts recorded in combating crime along the highway and the environs.