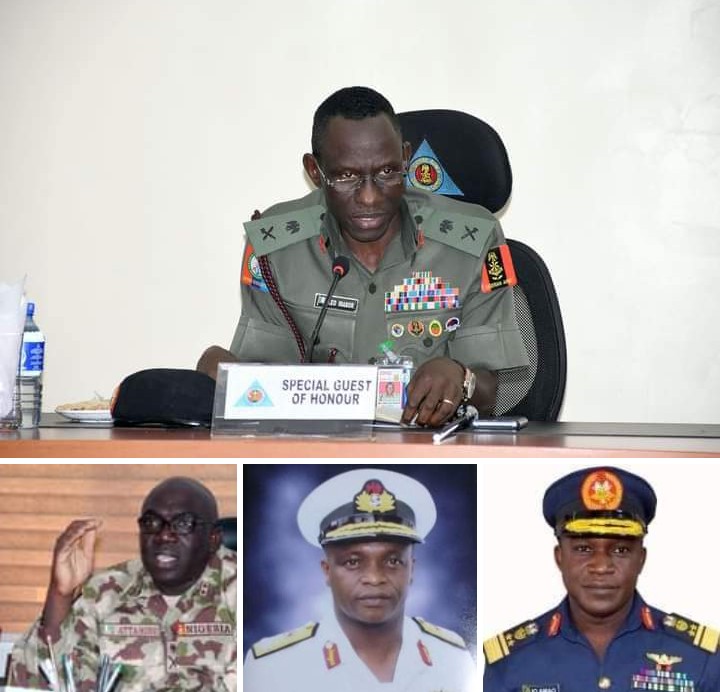 President Muhammadu Buhari has accepted the immediate resignation of the Service Chiefs and appointed new officers as replacements.

This was announced on Tuesday by the Special Adviser to the President on Media and Publicity, Femi Adesina who noted that the service chiefs have also retired from service.

President Buhari thanks the outgoing Service Chiefs for what he calls their “overwhelming achievements in our efforts at bringing enduring peace to our dear country,” wishing them well in their future endeavours.

The President congratulates the new Service Chiefs, and urges them to be loyal and dedicated in the discharge of their responsibilities.