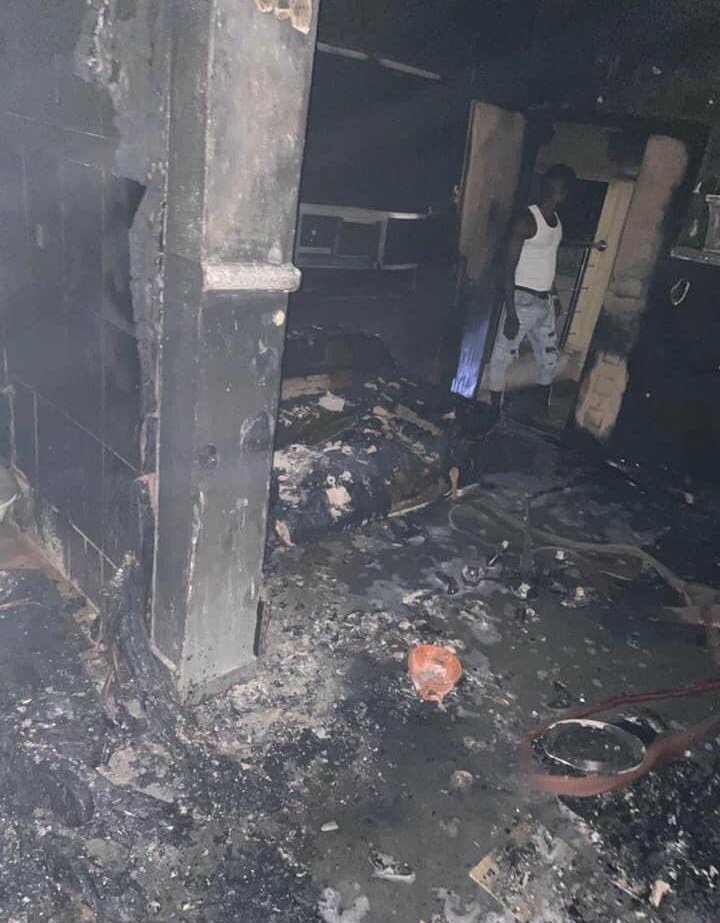 Less than one week the house of Sarkin Fulani of Oyo State, Alhaji Salihu Abdulkadir was razed, suspected arsonists has razed One of the houses of Yoruba rights activist, Chief Sunday Adeyemo a.k.a Sunday Igboho in Soka, Ibadan.

According to report, the incident occurred in the early hours of Tuesday at about 3am.

Confirming the incident, the Oyo State Police Command said it received a distress call about the fire around 6am.

Efforts are on to get to the root of the matter, police spokesman Gbenga Fadeyi said.

Mr. Igboho, an Oyo indigene, had issued a quit notice to the herders over allegations of kidnappings, killings, rape, and other violent activities.

The ultimatum expired last weekend and Igboho held a massive rally in the community after which some houses and properties in the herder’s settlements were torched, according to the police.