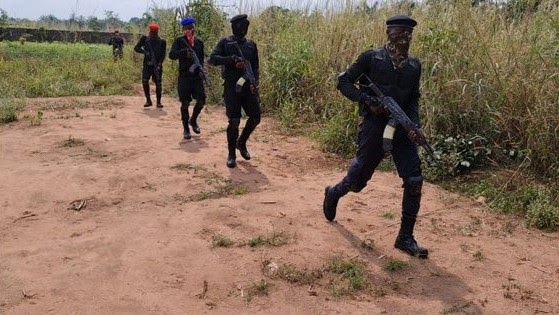 Several persons have been reportedly killed in following of an exchange of gunfire today between Nigerian Military and Indigenous People of Biafra, IPOB newly formed Eastern Security Network (ESN) in Orlu, Imo State.

Reacting to the incident, the former Aviation Minister, Chief Femi Fani-Kayode (FFK) in a tweet condemned the clash and call for restraint on both sides.

“The clash between soldiers and members ESN in Orlu, Imo state today has resulted in some deaths & this is unfortunate. I call for restraint on both sides. The soldiers ought to be deployed against killer herdsmen and not ESN. When will Buhari learn. Chidera Agu please stay safe,” FFK tweeted.

Last week Friday, about 8 buildings including a church, Blessed Holy Trinity Sabbath Mission, in Okporo, Orlu local government area were said to have been allegedly set ablaze by some armed security operatives who invaded Okporo community in Imo state in search for the members of Eastern Security Network, ESN, in the area.

Read Also:  Hoodlums Break Into Another Warehouse in Abuja

The Leader of IPOB, Nnamdi Kanu, who formed the security network in mid-December 2020, said that failure of Southeast governors to secure the lives and property of Igbo people led to the formation of the Eastern Security Network.