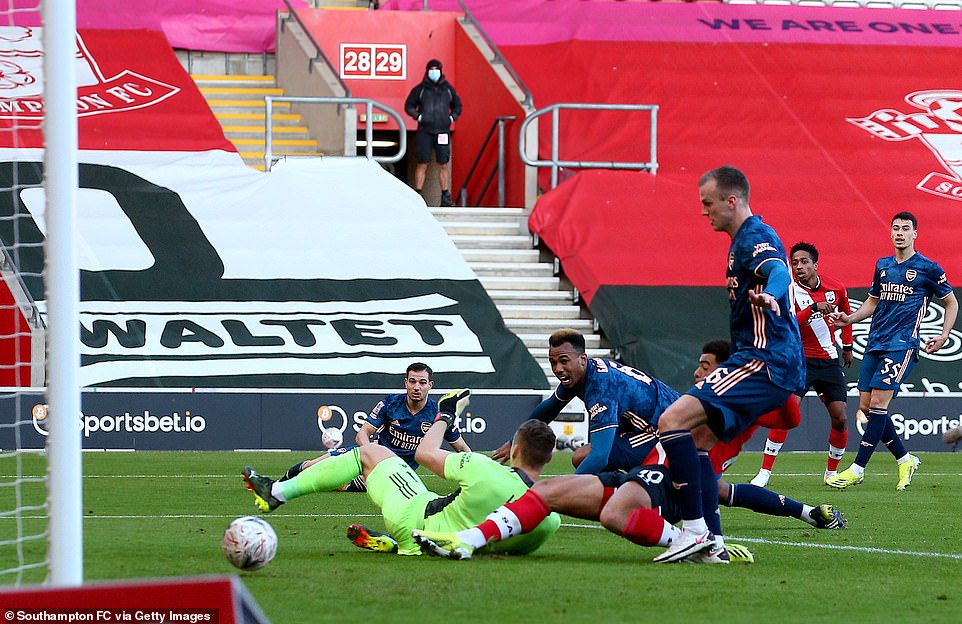 There will be a new FA Cup champion this season after holders Arsenal evicted from the competition by Southampton with a 1-0 defeat in the fourth-round.

The contested match at St Mary’s Stadium was decided on an own goal, as Southampton went ahead after Kyle Walker-Peters’ cross into the box deflected off defender Gabriel and struck into the Arsenal net.

Mikel Arteta made seven changes to his side and was without captain Pierre-Emerick Aubameyang for personal reasons as the Gunners were outplayed, losing their grip on the trophy following a 1-0 defeat at St Mary’s.