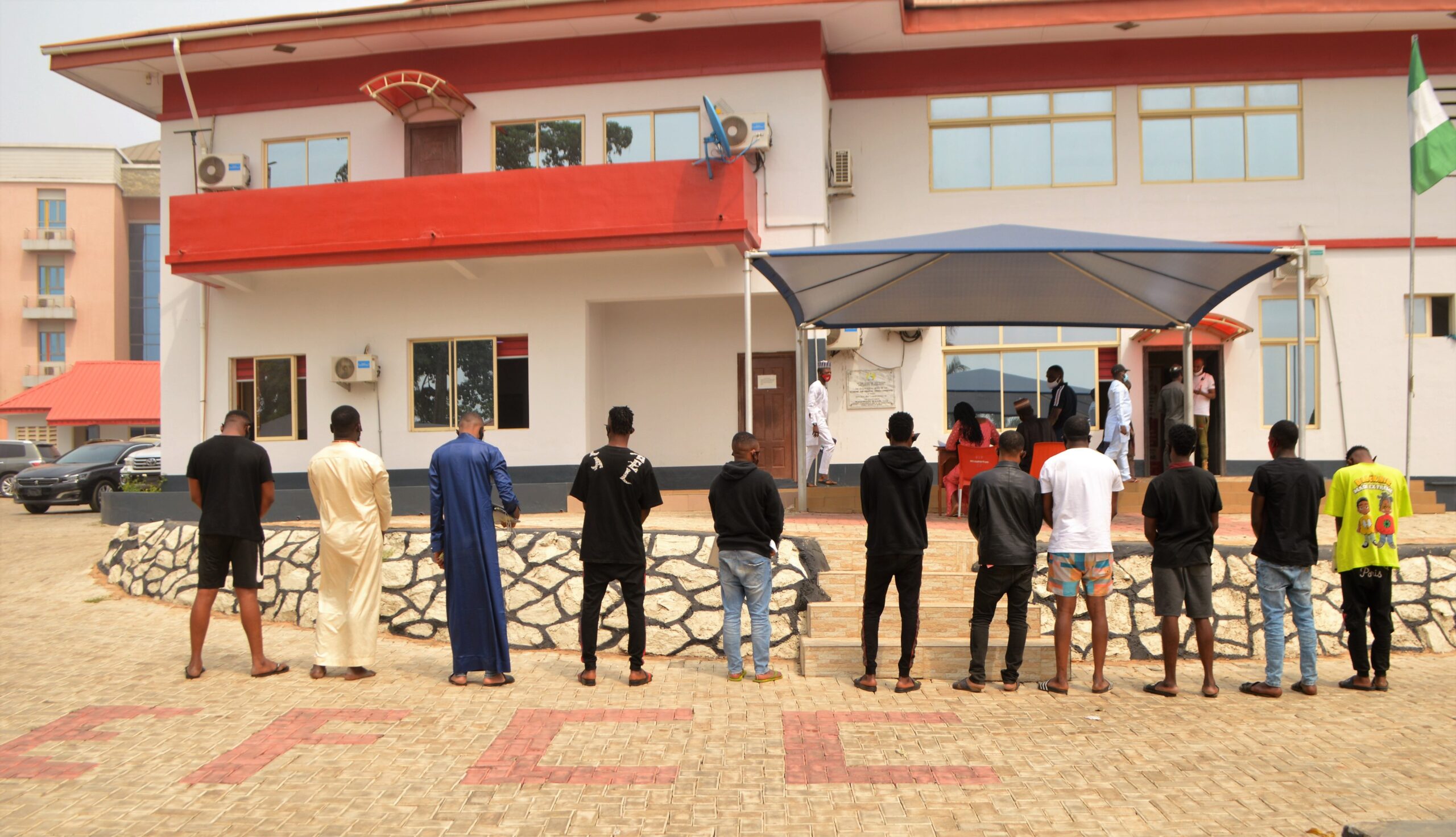 According to the media team of the commission, they were apprehended by operatives of the Commission who, acting on intelligence, swooped on their hideouts in Osogbo, the Osun State capital.

Also recovered are phones, laptops and other devices.

“The suspects, who variously claimed to be students, artisans, farmers and businessmen, are currently undergoing interrogation to ascertain their level of involvement in the alleged crime.

“They will be charged to court as soon as investigations are concluded,” the commission hinted.