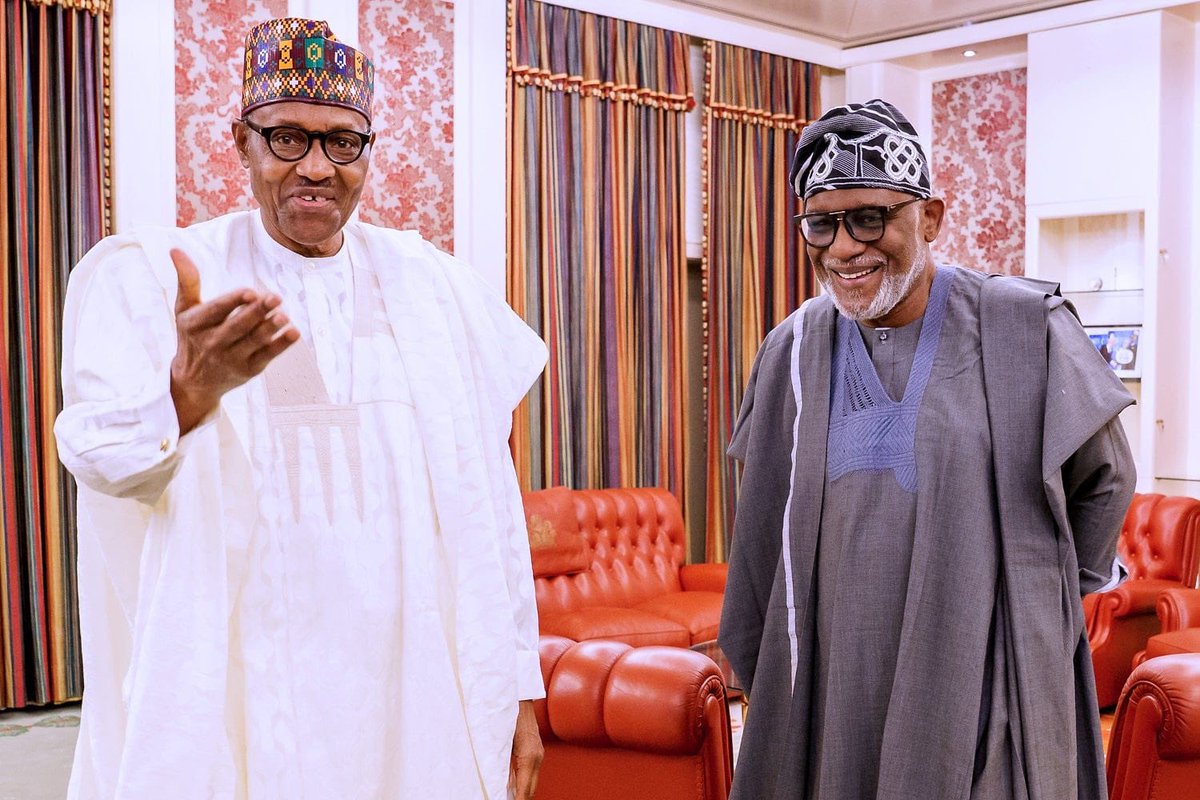 Barely 24 hours after Governor Rotimi Akeredolu of Ondo State directed herdsmen to vacate forest reserves in the state within 7 days, the Presidency has rejected the ultimatum insists that herdsmen cannot leave the state.

This was contained in a statement by the Senior Special Assistant to the President, Garba Shehu on Tuesday.

He said that is what is clearly emerging, is a lack of consistency in messaging which in turn leads to various contradictions regarding accuracy and the intent behind the message. There is little to be said other than to call for restraint on both sides and urge the state government and the leadership of the Fulani communities to continue their dialogue for a good understanding that will bring to an urgent end, the nightmarish security challenges facing the state.

“Governor Rotimi Akeredolu, a seasoned lawyer, Senior Advocate of Nigeria and indeed, a former President of the Nigerian Bar Association, NBA, has fought crime in his state with passion and commitment, greater sensitivity and compassion for the four years he has run its affairs and, in our view, will be the least expected to unilaterally oust thousands of herders who have lived all their lives in the state on account of the infiltration of the forests by criminals.

Read Also:  Breaking: 'There will be a recount,' Georgia Secretary of State says

“If this were to be the case, rights groups will be right in expressing worries that the action could set off a chain of events which the makers of our constitution foresaw and tried to guard against.

“We want to make it clear that kidnapping, banditry and rustling are crimes, no matter the motive or who is involved. But, to define crime from the nameplates, as a number of commentators have erroneously done- which group they belong to, the language they speak, their geographical location or their faith is atavistic and cruel.

“We need to delink terrorism and crimes from ethnicity, geographical origins and religion—to isolate the criminals who use this interchange of arguments to hinder law enforcement efforts as the only way to deal effectively with them.

“The President, who swore to defend the constitution has spoken against the Indigenous People of Biafra (IPOB) in asking citizens of Northern origin to leave; he did not spare the group based in Sokoto, ‘Muslim Solidarity Forum,’ which asked the Bishop of Sokoto to leave and is prepared to do all that the law permits to protect citizens all over the country in their choice of where they wished to reside and are treated as equal citizens.

“The government of Ondo, and all the 35 others across the federation must draw clear lines between the criminals and the law abiding citizens who must equally be saved from the infiltrators. Beyond law and order, the fight against crime is also a fight for human values which are fundamental to our country,” he said in his statement.

However, the Ondo state Commissioner for Information, Daniel Ojogo during a Channels Television’s Sunrise Programme on Wednesday responded to the statement issued by the Presidential Spokesman, said that Garba Shehu issued the statement on his own and not the President, that it is certain that some people in the Presidency is out to destroy the administration of President Muhammadu Buhari.

He stressed that among the ban of herdsmen from Forest reserves in the state, that Government outlawed night and under-aged grazing of cattle in Ondo state.

Earlier on Monday, Akeredolu explained that the order had become imperative due to the increasing incidents of kidnap cases in the state.