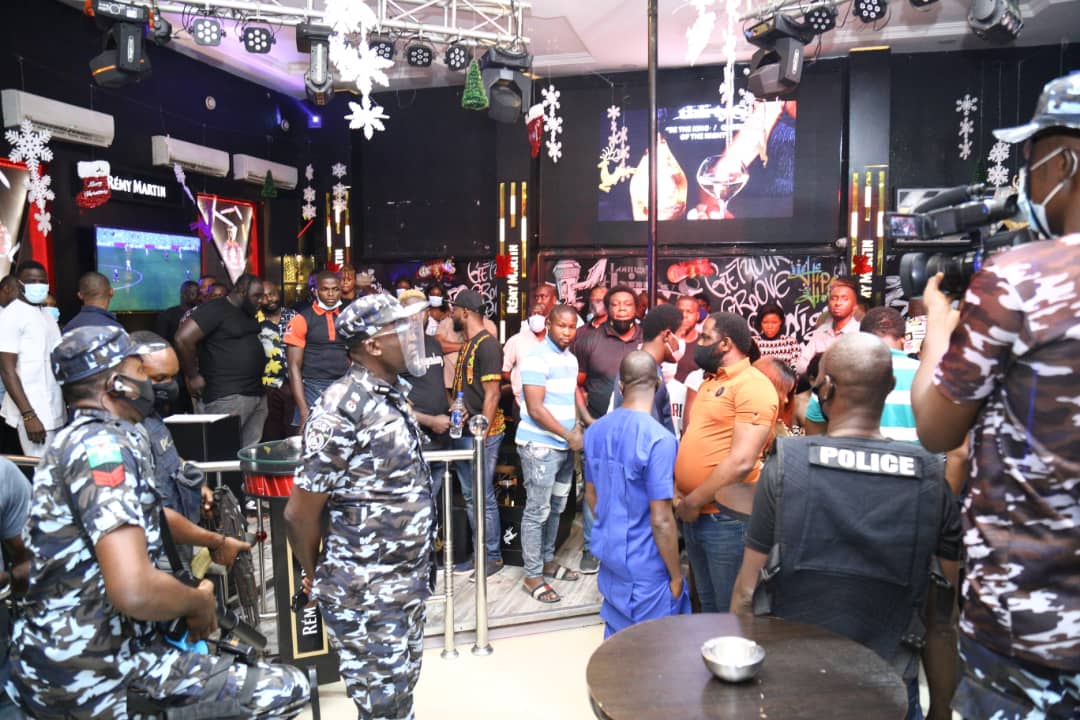 The Lagos State Police at the early hours on Saturday raided a nightclub and arrested many fun-seekers in the state in a bid to curb the spread of the COVID-19 pandemic.

The operation was carried out by the Commissioner of Police in the state, Hakeem Odumosu. The attendees were arrested at about 1 a.m. on Saturday.

About 237 culprits were arrested and moved to the State Force Headquarters at Ikeja.

Eighty-five of the suspects were arrested at the Lounge 38 in Bode Thomas Street, Surulere and 152 others at Club Victoria in Victoria Island.

Six people were also apprehended for allegedly violating the midnight to 4 am curfew in the state.

The suspects were later paraded today by the police who vowed to charge them to court soon.

Clubbing has been suspended in the state as Lagos joins the rest of Nigeria to check the spread of COVID-19.

The suspension of nightclubs and bars was announced about a fortnight ago by both the federal and Lagos State government as part of efforts to check the spread of COVID-19.

COVID-19 has been on exponential spike across the country, with Lagos remaining the epic centre of the pandemic in the country, recording its highest number of infections of 807 on Thursday.

On Friday, the state recorded 739 new COVID-19 cases, almost half of the total 1,544 recorded across Nigeria.