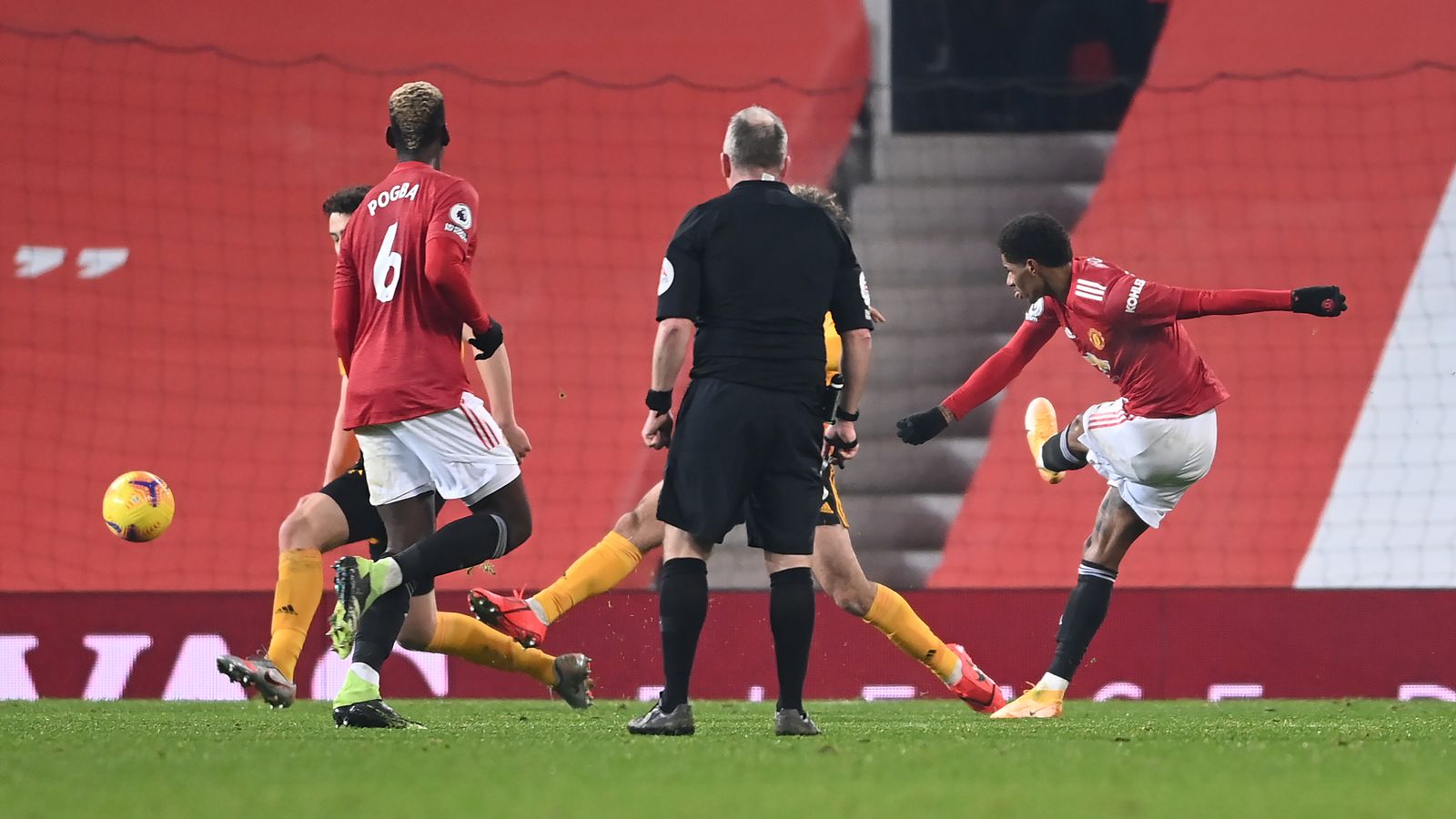 Marcus Rashford’s 93 minutes deflected goal has secured Manchester United second position in the Premier League with a 1-0 win over Wolves.

United thought they had broken the deadlock with 20 minutes remaining when Edinson Cavani turned home a loose ball from a corner, but he was offside, and VAR’s review of a potential Conor Coady handball in the same action came back in favour of Wolves.

United were largely kept at bay by a youthful Wolves side, but Rashford grabbed the winner to move them to within two points of leaders Liverpool in the Premier League. Wolves stay 12th, eight points off the top four.