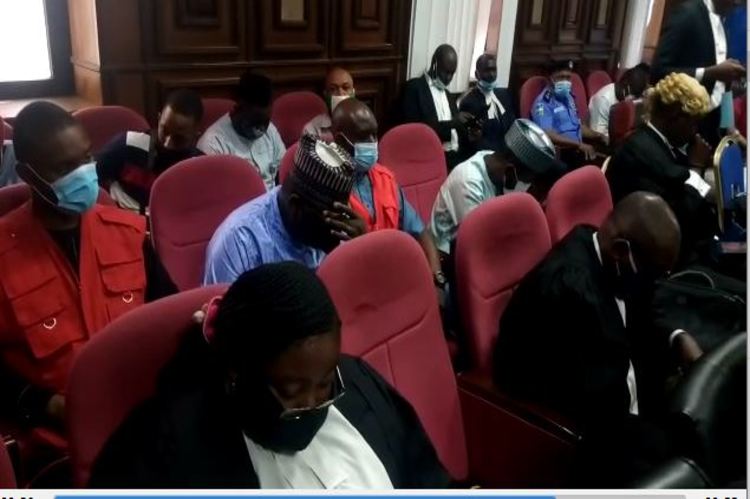 The Economic and Financial Crimes Commission has produced a former Chairman of the defunct Pension Reform Taskforce Team, Abulrasheed Maina, for Friday’s proceedings of his trial at the Federal High Court in Abuja.

Maina, who is facing a 12 count charge of money laundering was last seen in court on 29th of September.

The disappearance of the defendant had weighed heavily on his surety Senator Ali Ndume who was remanded in Kuje correctional center for failure to produce the defendant but later released on grounds of good conduct and the appeal he filed at the court of Appeal challenging the remand order.

Maina was extradited to Nigeria on Thursday to continue trial after he was arrested on 30th November in Niger Republic by the operatives of the Niger Intelligence service in collaboration with Nigeria’s anti corruption agency.

He was produced in court at about 8.27 am ahead of the proceedings scheduled to commence by 9 am on Friday.

He sat between two EFCC operatives in the courtroom.

His trial has since proceeded in his absence following the court’s order of November 18, 2020, which the judge, Justice Okon Abang, issued following the defendant’s repeated absence from court.