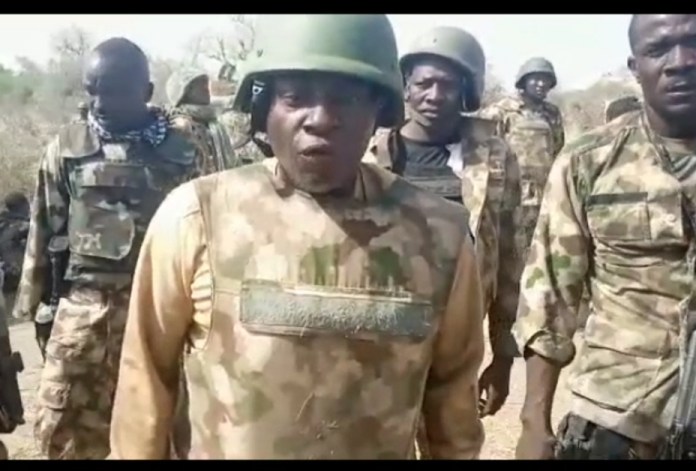 The former Theatre Commander of Operation Lafiya Dole, Maj. Gen. Olusegun Adeniyi has been convicted by a Court Martial in Abuja.

The tribunal on Monday found Adeniyi guilty of violating military social media guidelines and ordered his demotion by at least three years.

The verdict came eight months after a video of Adeniyi complaining about a lack of military equipment to combat Boko Haram insurgents in the North-East went viral.

Tokunbo Obanla, Adeniyi’s military aide, who was prosecuted alongside the general, was also found guilty and sentenced to 28 days in jail with hard labour.

Punch report that both convictions are subject to confirmation by the military authorities.

Meanwhile, Adeniyi had denied any wrongdoing, stating that he did not leak the video, adding that his phone was in Obanla’s custody at the time of the incident.

Obanla had in his statement allegedly admitted to posting the video on social media in error.

Adeniyi’s lawyers said they would appeal the tribunal judgement before higher military authorities.

Major-General Adeniyi, made news in March after a video of him complaining about the lack of weapons for troops fighting Boko Haram insurgents went viral.