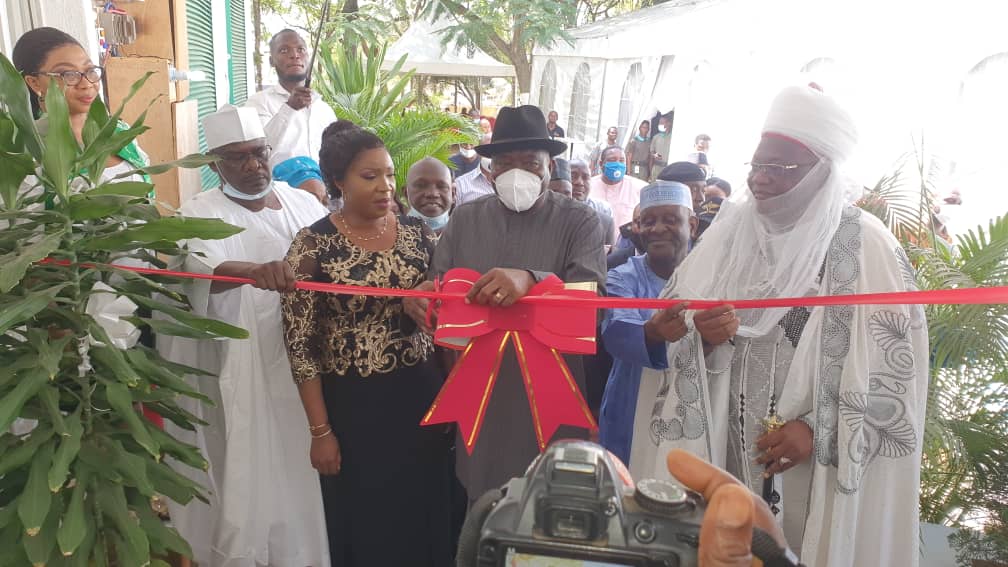 The Senator representing Borno South Senatorial District, Ali Ndume, says he has known the value and landmark a former President, Goodluck Jonathan left in Nigeria and its political landscape after his tenure in office in 2015.

According to Daily Trust report, Ndume stated this on Saturday at Apo legislative quarters, Abuja, during the Grand Opening of Dr. PhysiQ Specialist Center for Wellness and Medical Lifestyle Change, the occasion which was chaired by former President Goodluck Jonathan.

Ndume also stated that his recent detention at Kuje prison and subsequent release from the custody was the will of God, saying that “as God wants it, that I must be here, because I was just released from detention yesterday night (Friday), maybe God wants me to attend this occasion, otherwise, I would have been in Kuje prison up till now.”

The Borno Senator said other people who were skeptical about the ex-president’s behaviour have also realised how great he is, adding that many Nigerians don’t value what they have until they lose it.

“I must confess, as people call me stubborn person, I’m also a stubborn person… I feel I need to make this testimony here, and also appreciate Mr.(Former) President, as they say you will never know what you have until you lose it. I will stop there.

“For this country, I think Nigerians know that they don’t value what they have until they lose that thing. We thank God for your life and you have changed the political culture and landscape of this country.

This was coming days after the Chairman of the Caretaker National Convention Planning Committee of the All Progressives Congress, Mai Mala Buni, and some APC governors visited the ex-President.

Speaking further on his Boko haram trial, Ndume recalled how people working with the former President accused him of sponsoring Boko Haram and how he was vindicated by the court after 6 years of litigations.

The Senator said, “I had a breakfast with him (Jonathan) on 21st November (2011) and I was accused of sponsoring Boko Haram. He was saying, ‘Kai’ the man doesn’t… I don’t think the security would see it that way and from there, I went to SSS and I was detained for 30 days. I went to court for 6 years.

“And when I was vindicated, I had the opportunity to run to meet him, and he said, Ndume, you have been patient and God has vindicated you. Take this as part of blessings from the Almighty. He was genuinely speaking to me, and I believed in that.

“He wanted to be President but Nigeria being what it is, it was a different thing entirely. Like I said, he had left a landmark on this country.”