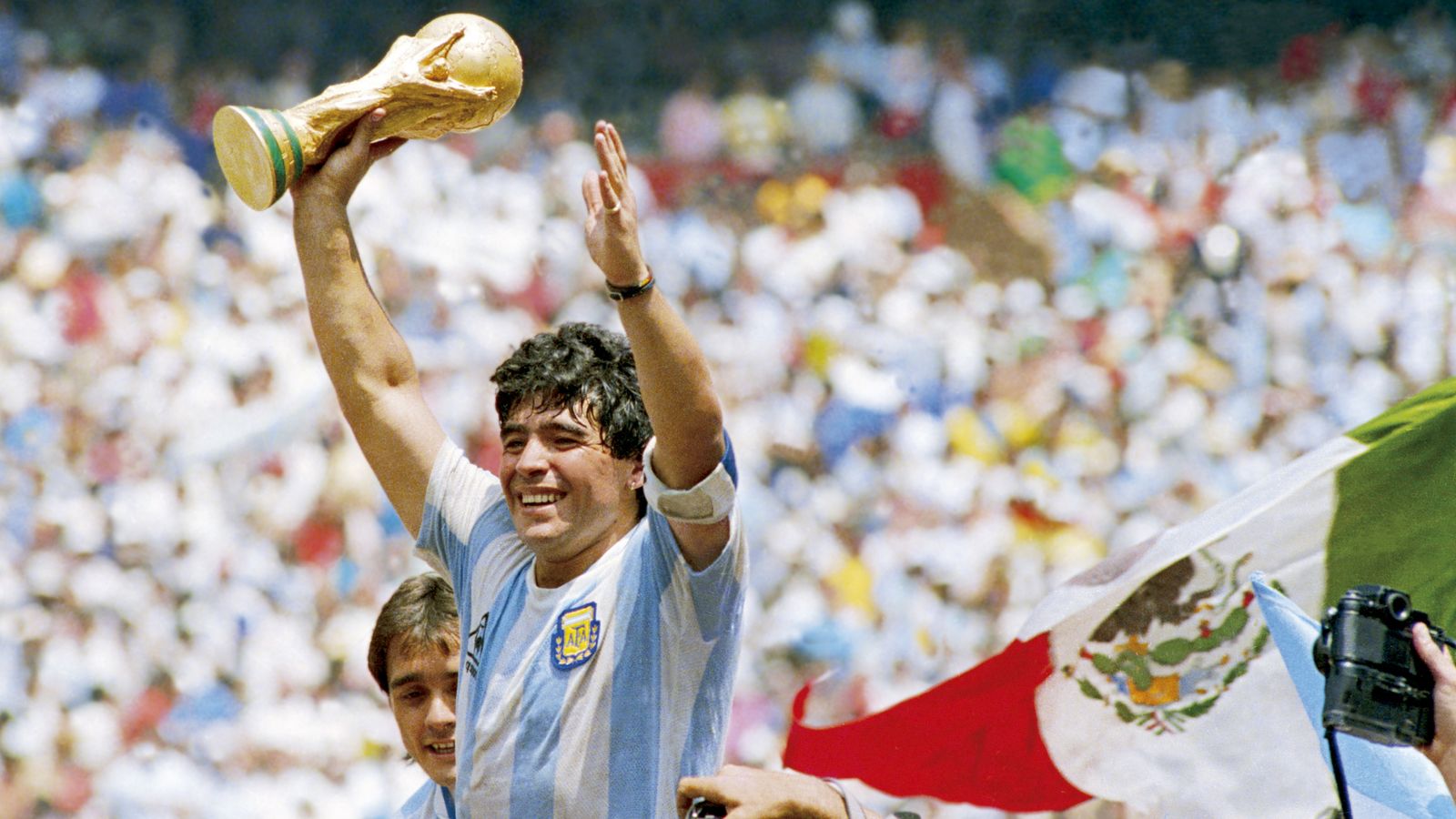 The Argentine Football legend, Diego Armando Maradona has died at the age of 60 at home in Tigre on Wednesday after suffering a heart attack. Maradona was discharged from the hospital a fortnight ago following brain surgery.

The Argentine FA confirmed the news in a statement on Twitter which read: “The Argentine Football Association, through its President Claudio Tapia, expresses its deepest sorrow for the death of our legend, Diego Armando Maradona.

“You will always be in our hearts.”

Maradona led Argentina to World Cup success in 1986 and scored 34 goals in 91 appearances for his country.

He won two Serie A titles with Napoli and also played for Barcelona, Sevilla, Boca Juniors and Newell’s Old Boys.

Maradona is one of the greatest footballers of all time and was very instrumental for Argentina’s World Cup success in Mexico in 1986, winning the Golden Ball as the tournament’s best player.

He was also banned from football in 1991 after testing positive for cocaine while playing for Napoli.

Despite that, he remained a revered figure at the Italian club, where he won two Serie A titles. He also played for Barcelona, Sevilla, Boca Juniors and Newell’s Old Boys.

The former Argentina captain was best known to British audiences for the handball goal he dubbed the “Hand of God” against England in 1986.