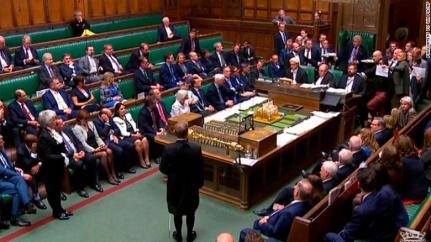 Following the alleged shooting of some peaceful #EndSARS protesters in Lagos, the United Kingdom (UK) parliament has announced that it will debate on whether or not to sanction some Nigerian government officials allegedly indicted.

The UK Parliament have scheduled November 23 to debate sanctions against the Buhari administration over its handling of the historic #EndSARS protests last month.

This follows the petition by some Nigerians who asked the parliament to sanction individual government officials involved in any human rights abuse during the protest.

The parliamentarians will consider a petition from over hundreds of thousands of Nigerians that asked them to look into the killings and gross violations of human rights abuses by security forces and other officials. The petitions were filed online last month.

It was unclear whether the British lawmakers would recommend sanctions after debating the petitions, or if the government would implement them considering Nigeria’s long-standing ties with the UK.