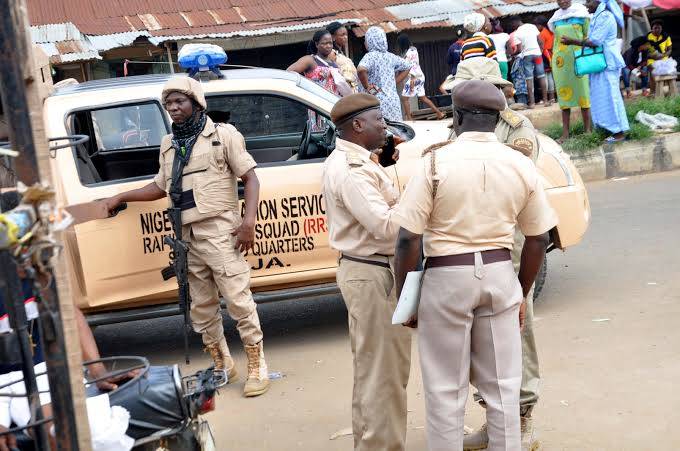 Operatives of the Independent Corrupt Practices and Other Related Offences Commission (ICPC), have taken into custody four officers of the Nigeria Immigration Service (NIS), and one other for allegedly receiving gratification and purchasing proceeds of crime.

The five suspects, Adeda Retty, Abimbola Louis, Eboji Ngozi, and Okunda Olawale of NIS and Godwin Agazuwu, were arrested in a sting operation following an intelligence-led investigation into their underhand activities at the Apapa Port in Lagos.

Disclosing this in a statement by the Media Unit of ICPC, said while Adeda, Abimbola, Eboji and Okunda were at the time of the arrest in possession of 7 cartons of frozen fish which were believed to be proceeds of gratification collected from a vessel flying a Panama Flag and carrying a cargo of fish which berthed at the Port, the fifth suspect, Agazuwu, was responsible for buying the frozen fish from the officers.

“This is one of a series of enforcement activities of ICPC at the ports. Last year the ICPC conducted a similar operation during when two immigration officers and a Nigerian Ports Authority (NPA) official were arrested at the same port.

“The Commission in its fight against corrupt practices will from time to time strategically conduct similar operations to sanitise the ports of corrupt elements impacting negatively on international trade, and undermining the efforts of the Federal Government to ensure ease of doing business in the sector.

“Upon completion of investigations, appropriate action will be taken against anyone found culpable,” the statement read.